Will there be an ETIAS mobile app? 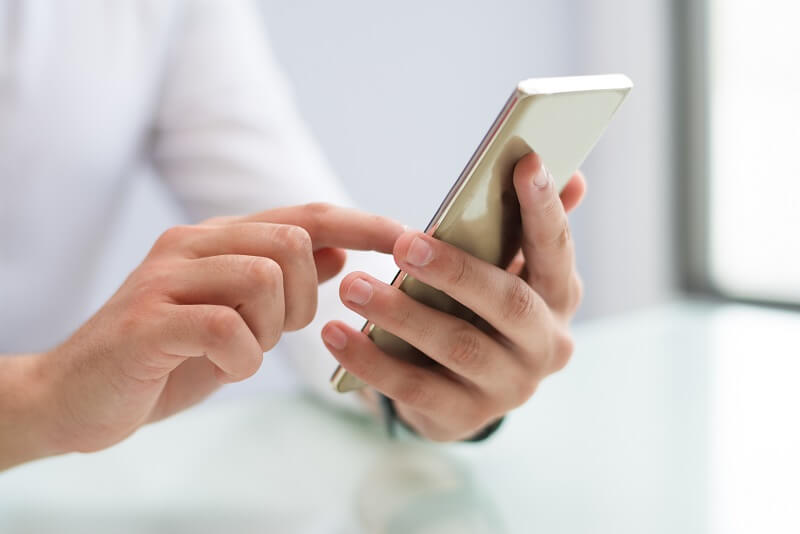 The new pre-approved travel system for intending visitors to Europe, the European Travel Information and Authorisation System (ETIAS), is expected to become operational in 2022. Unlike a visa application which must usually be done in person at a consulate, the ETIAS application form must be completed and submitted online along with the application fee which is currently expected to be €7.

An applicant must have access to a computer, an internet connection and a means of paying the fee online. However, many people now use mobile devices rather than a desktop or laptop computer and conduct their internet business and searches via a mobile phone or tablet. For these people applying online could be problematic but the solution will soon be available in the form of the ETIAS mobile app.

ETIAS is not a visa but approval (electronically linked to a passport) to enter and travel through the countries that make up the European Union and Schengen Area. It is being introduced to strengthen security and prevent (as much as possible) criminal and terrorist activity across the whole of Europe.

Citizens of the EU and Schengen Area will be exempt from the new system but non-EU and Schengen passport holders will soon be required to have applied for and received ETIAS approval before embarking on any European visit. Countries who are not members of the European Union or Schengen are now deemed “third countries” and as such their citizens will be required to secure ETIAS approval before attempting to enter Europe.

Since Brexit came into effect and Britain left the EU, the United Kingdom now falls into the third country category and British nationals will be required to have ETIAS approval for European travel with effect from mid-2022. For the first six months the ETIAS requirement will not be strictly enforced as this will be a transitional period but it will become mandatory from early 2023.

Under currently under construction

Most ETIAS applications are expected to be completed using a computer as this will be the simplest method and the least likely way to produce erroneous input by an applicant. However, with the increasing popularity and use of mobile phones, a mobile app is also under construction but still very much a work in progress. The EU Commission has stated that a mobile app will be made available as an alternative method for making an application but has not stated how far advanced the process is or when the app will be released to the general public.

Precise details regarding the ETIAS app are limited with no specific release date has been announced. However, once fully functional and operating correctly the app will present the user with the standard ETIAS application form seeking basic information including:

As the main purpose of ETIAS is to increase European security applicants will also be required to supply details of any previous convictions for criminal or terrorist offences and periods spent in prison.

Although applying for ETIAS via a computer is the recommended and simplest method there can be occasions when the app will be easier or more convenient. Some scenarios where the ETIAS app would be beneficial include:
People needing to apply immediately but constantly on the move and unable to access a computer at home or in the office.

There are countries in the greater European area that are neither members of the EU nor part of the Schengen area for which an ETIAS approved passport will not be necessary but these are few in number. A visitor to one of these countries may suddenly decide to enter an ETIAS country but has not got the necessary ETIAS clearance to do so. In such cases the app may be the simplest solution.

There are over sixty countries worldwide now deemed as “third countries” by the EU and citizens of these nations will need to apply for ETIAS approval from mid-2022. Article 16 in the ETIAS regulations states that the application form should be made available in all official languages of the EU and Schengen member states. English will obviously be an option despite Britain's exit from the EU. The ETIAS authorities stated that step-by-step guides and fact-sheets will be published in a variety of languages but which other languages outside the European zone (if any) has not, as yet, been clarified.

No precise date has been announced as to when the ETIAS app will be available to download. It is expected that the app will be released at the same time that the online application form is launched but this will not happen until late 2021 or early 2022. However, this is not a particular problem as ETIAS will not come into effect immediately and will not be mandatory until 2023.

When released the ETIAS app will be available from the major app marketplaces and stores and will be compatible with Apple and Android devices. The downloading process is the same as that for other apps and an ETIAS icon will be placed on the device's screen.

Although it may be useful to download the ETIAS app to a mobile device it may not be the best way to complete an application for ETIAS approval. It is expected that the vast majority of third country applications will be completed online due to the convenience.

Once the ETIAS mobile app is live, an application link will be provided on this page.

Filling out a detailed questionnaire on a small screen can be difficult and the likelihood of making mistakes is much greater than it would be on a much larger computer screen. Spelling mistakes, entering incorrect numbers and even missing questions entirely can more easily happen when inputting information on a small screen and any of these errors can result in an application having to be re-submitted or even being refused.

Although the ETIAS app can be used for submitting an application its greatest benefit is as a back-up or for emergencies when it may be difficult or impossible to access a computer. With the app it will be possible to check the status or validity of an ETIAS and also change or modify details while on the move. This situation may never arise but, if it should, the app could save a lot of time, money and stress.