What is the Schengen Area? 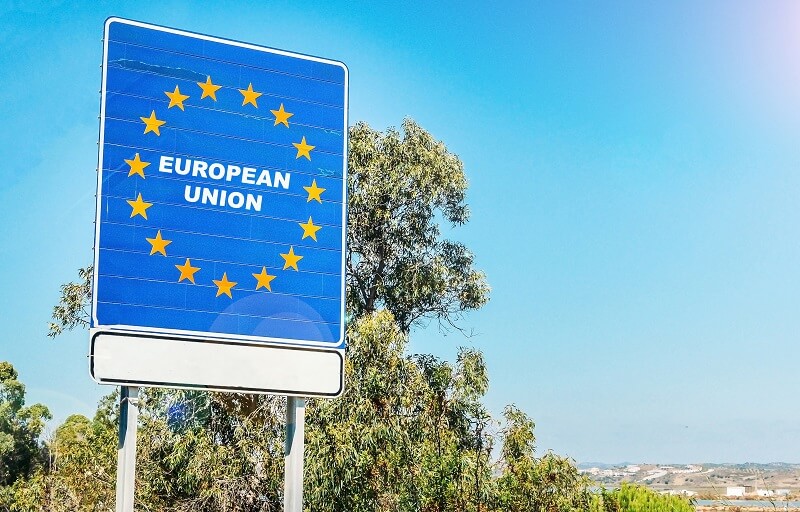 The Schengen Area currently comprises 26 European countries that have all signed up to the Schengen Agreement. This is a treaty in which all signatories have agreed to abolish their national borders in order to facilitate simpler trading between member states as well as speed up border crossing procedures for business people and visitors.

Citizens of any of the member states are not required to present a passport or identity card when entering a fellow member state while nationals of countries outside the Schengen Area will need a passport or other acceptable travel documentation. 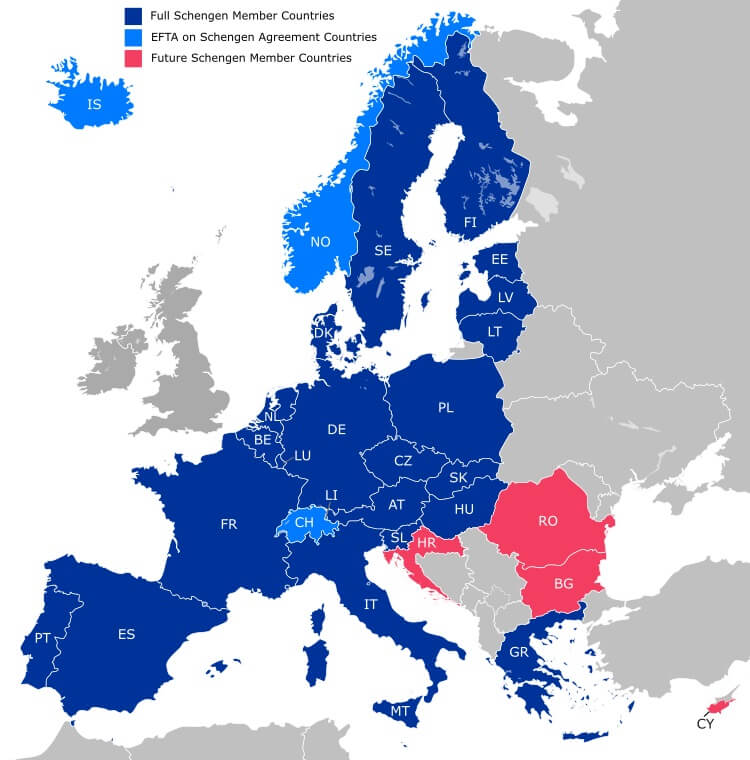 Schengen is a small town in the south-east of Luxembourg and it was here on the 14th of June, 1985 that five European countries met to sign what is known as the Schengen Agreement. Following World War II Europe was basically divided into two camps. One side envisaged a European community that operated no border controls or checks between European countries, thus allowing free trade and movement, while the other camp was vehemently opposed to this idea. The chief proponents of this borderless free movement were Germany and France who put the concept before the European Council in June of 1984 when it was decided that certain conditions had to be met before the proposed plan could become a reality.
With the European Union's terms and conditions accepted, guidelines and regulations were drawn up and the agreement signed by both Germany and France who were joined by three other European countries: Belgium, the Netherlands and Luxembourg.

The concept of removing internal border controls to boost commerce and tourism proved popular to some countries and the original five founding members were soon joined by four further nations:

This brought the total number of Schengen Area members to nine but although the ground rules had been set and the Schengen Agreement officially accepted as early as 1990 the Schengen Area only really came into being in early 1995 when seven of the member states actually began to remove internal border security controls. The seven member states who made the Schengen Area a reality were: Belgium, France, Germany, Luxembourg, Spain, Portugal and the Netherlands.

Following the decision to abolish internal borders by the seven European nations the Schengen Area expanded rapidly in the following years. Austria joined in April of 1995 and the expansion continued in late 1996 with the addition of Denmark, Finland, Iceland, Norway and Sweden.

April 2003 saw a virtual explosion in membership numbers when no less than nine European countries put pen to paper and joined the ever expanding Schengen Area. The nine new countries were the Czech Republic, Estonia, Hungary, Latvia, Lithuania, Malta, Poland, Slovakia and Slovenia.

The number of Schengen countries in 2003 numbered twenty-four and the final two members, Switzerland and Liechtenstein, signed up in 2004 and 2008 respectively.

Although the removal of border controls between neighbouring countries was the goal of the Schengen Agreement this was not always possible in the early days. Schengen member states that shared a border could effectively change border policy for fellow member neighbouring countries but this was not the case when membership was small and scattered across the continent of Europe. With twenty-six members, the Schengen Area was almost a solid block of countries that covered virtually the whole of Europe and member states began to abolish land, sea and even airport border controls.

This process began as early as 1995 when neighbouring countries France, Germany, the Netherlands, Luxembourg and Italy first implemented the Schengen Agreement as did Spain and Portugal who also share a common border. The removal of internal border controls continued as new members signed up to the agreement with the final signatory, Liechtenstein, abolishing its internal border in December of 2011.

Among the countries that have experienced difficulty in joining Schengen are:

The Schengen Area can be considered as one large country with a single external border. Under normal circumstances this is where a tourist or visitor would present a passport and any necessary travel documents for inspection by border authorities. However, because there are no internal border controls between neighbouring Schengen states it was necessary to introduce a means of screening intending visitors before they enter any of the member countries and the solution was the introduction of the Schengen Visa.

Because of a reciprocal agreement with the European Union, citizens of any EU member country do not require a Schengen Visa to enter or travel through a Schengen member state. This will also be the case following the introduction of the European Travel Information and Authorisation System (ETIAS) in 2023 as all EU passports will be electronically linked to a central database which can be accessed by the relevant European border or security agency. There are differences between Schengen Visas and ETIAS that travellers should be aware of prior to applying for either travel authorisation.

Non-EU citizens, however, are deemed to be “third-country nationals” and, as such, must possess a valid Schengen Visa before entering any Schengen member state no matter how brief the stay. The visa allows the holder to stay within the Schengen Area for a period not exceeding 90 days in any 180 day period. This can be a continuous 90 day block or broken up into a number of shorter stays once the 90 day total is not exceeded. Visitors wishing to stay for a longer period such as students, workers or intending residents will require a national visa for the relevant country as a Schengen Visa will not suffice.

Which type of visa is required depends on an individual's own criteria and which one best meets the necessary requirements.

Applying for a Schengen Visa can be a drawn out, complicated process so it is best to apply well in advance of any intended visit to the area. Applicants must provide full details of:

Following the United Kingdom's exit from the EU, British citizens still enjoy visa-free travel to Europe and the Schengen Area but this situation is set to change in the near future with the rolling out of ETIAS. From this point on Britons wishing to visit a Schengen country will require a Schengen Visa, an ETIAS approved passport or both.

Not only will the information listed be necessary but British applicants must also possess a valid passport issued in the preceding ten years with at least two blank pages and which is valid for at least three months following the date of departure from the Schengen Area. Documentation confirming travel arrangements, accommodation and proof of sufficient funds to cover the trip will also be required as will Schengen medical insurance to cover any medical emergencies.

Finally, it will also be necessary to attend an interview at an embassy or consulate. Which embassy it will be necessary to visit will depend on whether the applicant is visiting one or more Schengen countries. The interview will usually be conducted at the embassy of the first country being visited but may also be for the country in which the longest stay is planned.

Future of the Schengen Area

Despite recent events related to Brexit, COVID-19 and the Ukraine-Russia conflict, the EU member countries have shown that the union's bond can withstand complex regional and global challenges. It is evident that the economic, social and political ties forged over the years have helped to preserve the union. In light of the benefits, it is expected the EU will continue to slowly add new member countries. Whether or not those EU members will also join the Schengen Area, is unknown. However, based on the fact that a 26 member majority of the 27 total EU countries are within the Schengen Area, it can be assumed with high certainty that any new EU member country is likely to also join the Schengen Area.