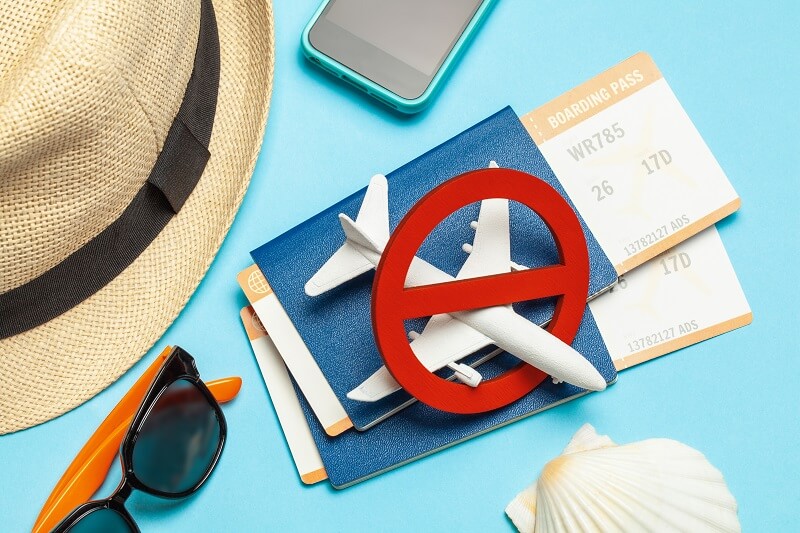 The European Travel Information and Authorisation System (ETIAS) is due to come into effect later in 2022 and with it the necessity for non-European Union citizens to apply for and receive ETIAS approval to visit the greater European area. The ETIAS area includes all 27 European Union member states as well as those Schengen Area countries that are not in the EU.

For foreign nationals visiting Europe, ETIAS approval will soon become a mandatory requirement while EU passport holders will remain free to enter, leave and transit through Europe without the need to go through the ETIAS application process.

This easier, ETIAS-free access to Europe is also applicable to some non-European countries by special arrangement subject to certain terms and conditions being met. One of these countries is the tiny South Pacific Ocean nation of Vanuatu which has now been temporarily removed from the ETIAS visa-waiver programme having been deemed to have broken the rules.

Only founded in 1980 having gained independence from France and Britain, Vanuatu quickly became a member of the United Nations and the Commonwealth of Nations. In 2015, the European Union signed a visa-waiver agreement with Vanuatu which allowed Vanuatu nationals to visit the EU and Schengen countries for short visits.

Problems arose late in 2017, however, when the Republic of Vanuatu appeared on a list of non-cooperative tax jurisdictions and was suspected of assisting in (or turning a blind eye to) money laundering, promoting tax evasion and possibly financing terrorism. Although this list contained strong suspicions concerning the countries named it was not approved by the European Parliament but the seeds of suspicion and doubt had been sown.

So-called “golden passports” (which allow foreign nationals to buy citizenship) have long been frowned upon by the European Parliament as the system is open to abuse by unscrupulous individuals. Despite the concerns in Europe, in 2016 Vanuatu introduced not one, but two, Citizenship by Investment schemes: the VDSP (Vanuatu Development Support Programme) and the VCP (Vanuatu Contribution Programme).

Under these schemes a foreign national could basically buy Vanuatu citizenship by investing a minimum of $130,000 (£100,000) in the country. Possession of a Vanuatu passport would then allow visa-free access to Europe with no requirement for ETIAS approval or any form of visa check.

Three years later, in 2019, concern was being expressed at higher levels in Europe that Vanuatu might not be exercising due diligence with regard to background checks on foreign nationals who were being granted citizenship. The EU Commission insisted on changes being made to the Citizenship by Investment schemes operated by the Vanuatu authorities but nothing was done to tighten the screening process. As a result of this inaction, the EU Commission proposed suspending visa-free access to Europe for Vanuatu passport holders and released a press statement to this effect in January of 2022.

After studying the EU Commission proposal, the EU Council decided on a temporary suspension of the visa-waiver agreement with Vanuatu although the island nation has the right to appeal the EU decision.

The purpose of introducing ETIAS is to strengthen security across Europe as well as to deter criminals and terrorists. Vanuatu's Citizenship by Investment programmes have been closely scrutinised by EU authorities and there is growing concern that criminals, and possibly terrorists, have used the schemes as a back door to Europe with little or no background checks on individual applicants.

Among the reasons given for the suspension of visa-free travel for holders of Vanuatu passports are:

The EU is also concerned that visa-free access to the European zone was used as a major selling point for purchasing a golden passport and this is deemed a major security risk by EU authorities.

Because of the partial suspension put in place by the EU Council there have been, and will be, consequences for holders of a Vanuatu passport. The main impact of the suspension are:
Vanuatu passport holders, either through nationality or via a golden passport purchase, issued after the 25th of May 2015 no longer enjoy visa-free travel to Europe.

Vanuatu citizens will not be eligible to join the ETIAS system when it comes into effect meaning they will need to apply for a visa for even the shortest of visits.

When ETIAS becomes mandatory citizens of Vanuatu will most likely need a Schengen Visa to enter Europe. Unlike an ETIAS application which is done online, a Schengen Visa application must be made in person which will necessitate attending an interview at the relevant embassy or embassies and presenting all documents relevant to the intended European trip.

The temporary suspension of visa-free access will remain in operation until all security concerns regarding the purchase of golden passports have been remedied or eliminated. Should the Vanuatu authorities decide to ignore the recommendations of the EU Council the country faces permanent removal from the EU's visa-free list and ETIAS acceptance which would impact adversely on the small nation's economy.