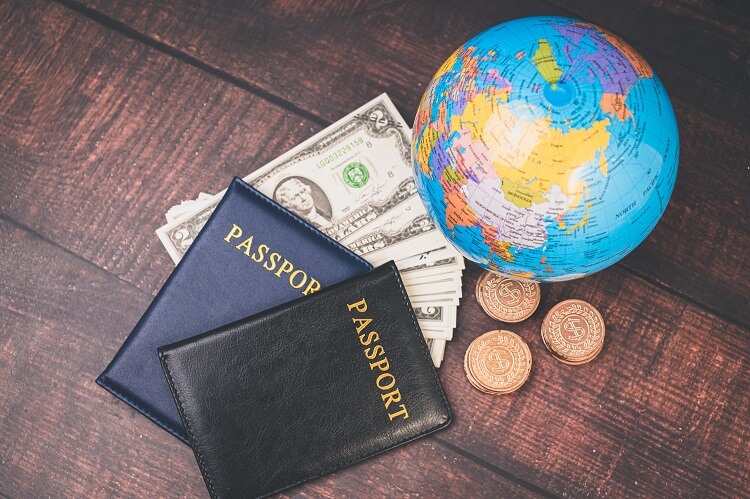 From 2023, it will be mandatory for citizens of those countries who currently enjoy visa-exempt travel to Europe to have applied for and received ETIAS approval before embarking on any European travel. The European Union currently maintains a list of around sixty nations outside the EU and Schengen zone that currently enjoy visa-free European travel. These are now deemed to be “third countries” and, from 2023 onwards, citizens of these countries will require an ETIAS if they wish to visit Europe for any purpose or duration.

The new European Travel Information and Authorisation System (ETIAS) is a security measure being introduced by the European Union to pre-screen intending visitors to Europe and prevent those with criminal or terrorist intentions from entering the EU and Schengen Area. ETIAS approval is electronically linked to the relevant passport which then grants the passport holder permission to enter and travel through all Schengen and EU member states and to remain therein for a maximum of 90 days in any 180 day period.

As far as the European Union travel authorities are concerned there are three categories of travellers:

1. Citizens of an EU or Schengen member country. This group enjoys full access to any of the Schengen or EU countries for whatever purpose. A valid passport is sufficient for travel, work, study or medical purposes and there is no requirement for an ETIAS.

2. Citizens of nations not on the European Union's list of third countries. Passports holders from these countries are not eligible to apply for ETIAS. Those wishing to visit Europe must instead have a visa for the country being visited or individual visas for each destination country if more than one is included on an itinerary.

3. Citizens of the approximately 60 countries who currently enjoy visa-exempt travel. These are now termed third countries and an ETIAS is set to become mandatory for any third country national wishing to visit a European Union or Schengen country.

As many travellers will now fall into the third category, ETIAS approval will need to be sought and granted once the new system becomes fully operational and mandatory in 2023.

A basic requirement when applying for an ETIAS is a current passport with a period of validity that extends at least three months beyond the last date of the intended stay in Europe. As with all rules, however, there are exceptions and special circumstances when it may be possible to visit, transit through or stay in the EU or Schengen Zone without being in possession of an ETIAS approved passport.

There are three situations when a third country national may have to (or be forced to) enter or travel in Europe without the necessary ETIAS approved passport. These are when using:

The regulations regarding when and how each of these alternative forms of documentation may be used are as follows:

An emergency passport may be issued to a person whose original ETIAS approved passport has been stolen, lost or damaged beyond use. In such situations it would be practically impossible for the traveller to obtain a new approved passport while in transit and an emergency, or temporary, passport is the only logical alternative.

A temporary passport is only meant to cover the immediate situation and will usually be valid for a period of three months or less depending on the country of issue. Because an emergency passport has such a short period of validity, and is unlikely to contain the necessary electronic chip, it cannot be used for an ETIAS application and should be replaced with a proper passport as soon as is reasonably possible.

Diplomats enjoy privileges while travelling including reduced immigration requirements. According to ETIAS regulations, diplomats from third countries do not require an ETIAS approved passport while travelling for business purposes. However, this exemption does not extend to visiting the EU or Schengen area for personal non-official purposes and ETIAS approval is required as is the case with all third country passports.

Also called a Seaman's Card or Seaman's Book, this document is specifically issued to seamen and boat crew members. Because of the special circumstances attached to working at sea it was decided at the 1958 International Labour Organisation Convention to grant seafarers the right of temporary admission to the EU and Schengen Area for the purposes of work, shore leave, shopping, transferring ships or medical treatment. Although many European countries will accept a Seaman's Card and a valid passport without ETIAS approval this may not be the case in every EU or Schengen member state and each country's policy will have to be checked first. While it appears that seafarers with a valid identity document and passport will not require ETIAS approval this has not yet been confirmed.

For the vast majority of visitors to Europe a Seafarer’s Identity Document or diplomatic passport will not apply and a lost, stolen or damaged passport is the most likely situation in which a traveller may end up in Europe without the necessary ETIAS approval. If such a situation should arise it is vital to begin the process of acquiring an emergency passport as quickly as possible.

Emergency Passport Application and Use

Should it become necessary to secure an emergency passport while abroad this will need to be done either online or at an embassy. There is a fee of £100 attached which must be paid immediately and is non-refundable. It will be necessary to supply details of the passport being replaced as well as an email address and phone number for contact purposes. If applying online it may also be necessary to attend a personal meeting at the embassy and this will specified via email or phone.

A temporary passport is issued for the chief purpose of returning the applicant to the country in which he or she resides. Validity of an emergency passport varies but it can last for up to three months and can be used for travel purposes in up to five countries if required or necessary.

If the holder wishes to use the emergency passport for further travel the names of the countries being visited and dates of entry and exit will be printed on the passport and these dates and destinations must be adhered to. Any change in travel arrangements will invalidate the emergency passport and a new application will have to be submitted. Applications are normally processed and the emergency passport issued within two working days. The process may take longer if an applicant does not provide sufficient or accurate information or failed to supply the correct supporting documentation.