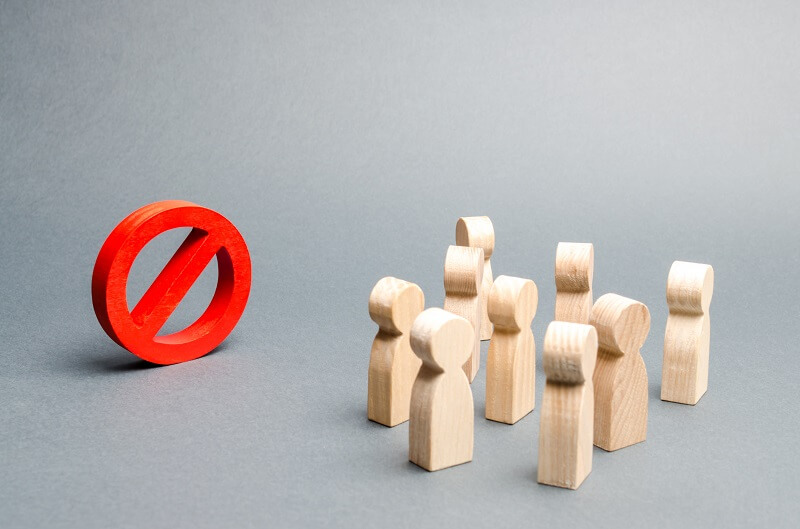 Border controls of some form or another have been in force across Europe since early 2020 when the coronavirus outbreak first took hold. Over the following months different European countries have relaxed or strengthened the restrictions imposed on arriving travellers to the extent that it was possible, although difficult, to travel to and from the United Kingdom to most European destinations.

From late February 2021, however, many European countries are introducing very strict conditions for entry which will make it extremely difficult, if not impossible, for foreign nationals to travel to these countries without a valid reason. These new measures are being introduced in response to the widespread rise of coronavirus infections caused by the new mutated versions of the disease and to prevent any unnecessary travel between countries. The measures are also intended to close a loophole whereby it was possible to travel to a European country that was relatively open and then travel overland to a neighbouring country that was not.

Although the British government has been strongly advising against all but necessary travel for the past few months there has been a small percentage of people who have chosen to ignore the warning and travelled to popular European destinations for a holiday. The new rules being introduced will probably not prevent all people “bending” the rules but they will certainly make life more difficult and problematic. This is particularly true of the following countries which will be almost impossible to enter or travel within or through from late February:

Austria: Borders with both the Czech and Slovak Republics closed from February 27.

Belgium: Belgium is closed for all but essential travel. Interior borders are also closed since February 25.

Finland: Severe restrictions are in place for those wishing to visit Finland and only essential travel is permitted. Finland has also declared a state of emergency for most of the month of March with restaurants and food and beverage outlets closed. Internal border crossings are also largely closed and only allowed for those with valid reason for travel.

Denmark: Danish authorities banned all but essential visitors on the 9th of January and this ban was set to last until the 7th of February. Some visitors are now allowed but are subject to strict requirements including a recent negative Covid-19 test result. The situation is, however, fluid and another complete closure (including Danish internal borders) is more likely than not in the coming days or weeks.

Hungary: The Hungarian government has closed all internal borders for all but essential travel.

Norway: Only Norwegian citizens or those with permanent residency permits are currently allowed to enter Norway. The closure of the external border is due to end at the end of February but indications point to a possible extension of the entry ban. Internal borders are currently closed and not scheduled to reopen until mid-March.

Portugal: Overland travel between Portugal and Spain is limited to those with valid paperwork and reason for travel.

Other European countries, while currently open to visitors from the United Kingdom, insist on certain conditions being met before allowing British visitors to enter their domain. These conditions may include having a recent negative Covid-19 test result, providing proof of the reason for travel and detailed itinerary of the trip including accommodation bookings. Many countries also currently insist on visitors taking a Covid-19 test on arrival or self-isolating for a period of up to two weeks.

The immediate future for British tourists wishing to visit Europe this year is bleak. How soon, and to what extent, Europe reopens for tourism cannot be determined with any degree of accuracy. There has even been some talk in European circles of imposing a ban on British travellers until the European Union has vaccinated at least 70% of the 450 million European citizens. Reaching the proposed target of 70% was originally estimated to be completed by the 21st of September but this looks unlikely to happen given the problems securing, distributing and administering the vaccine in a number of European countries.

While Britain has performed exceptionally well with over a quarter of all adults already vaccinated the European Union has only achieved a 6% rate of vaccination in the same time frame. To speed up the re-opening of European tourism there is now increasing talk of introducing so-called “vaccination passports” for people who have been inoculated against Covid-19. While this plan remains a work in progress, and still at the discussion stage, countries such as Greece, which relies heavily on tourism for income, want the system introduced sooner rather than later.