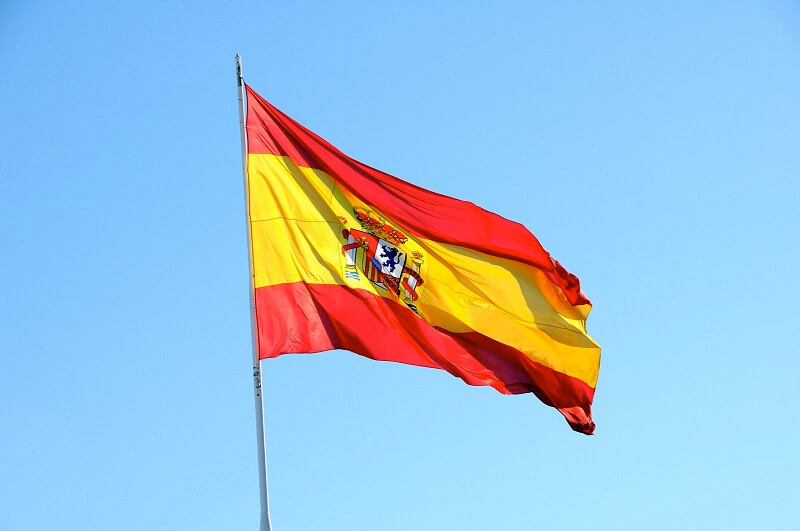 The Spanish tourist office has expressed serious concern about the effect of Brexit on tourism. Speaking at a travel convention Javier Piñanes, the director of the Spanish tourist office, stated that a “no-deal Brexit” would be a potential economic disaster for his country. During the high season over 50,000 Britons arrive in Spain every day and several million visit the country every summer. As members of the European Union this has been a simple and straightforward procedure for British travellers but that is set to change after Brexit in March 2019.

Britons wishing to spend their holidays in Spain may face possible problems. After Brexit, flights originating in the UK will still be permitted to fly over the remaining EU states but will have no legal entitlement to land in any of the member states. Furthermore, British holidaymakers will probably require some form of European visa which will add extra expense and burdensome paperwork to the holiday. Even with an acceptable British passport and European visa it is still uncertain if visitors will be covered by the existing reciprocal health cover agreement.

While Britons wishing to visit Europe will encounter new problems, the same is true for Europeans wishing to spend time in the United Kingdom. Many European citizens travel on a national ID card and do not possess a passport. This ID card is currently sufficient to enter the UK but not for much longer. Britain intends to demand that all EU visitors carry a valid passport to enter the UK and this will also soon have to be ETIAS (European Travel Information and Authorisation System) approved. This requirement could well lead to a significant drop in tourists visiting the UK as many Europeans may well decide that visiting the United Kingdom is not worth the hassle of applying for a passport and ETIAS approval.

Uncertainty is a certainty

Until a final Brexit deal and details are hammered out there is a lot of uncertainty about the future of travel between Europe and Britain. It looks highly probable that UK citizens will require a European visa (or at least a Schengen visa) to travel within the greater European area while travellers from the other direction will require a passport and probably some form of visa or entry approval. Air passengers’ rights to compensation and overseas health agreements are other subjects open to debate. The only thing that is certain is that duty-free allowances between the two entities will return although even this is subject to some discussion and interpretation.

Gibraltar to rock the Brexit boat

Although having a population of less than 50,000 the tiny British Overseas Territory of Gibraltar is set to cause British Government Brexit proposals a major headache. In a recent interview the territory’s chief minister Fabian Picardo expressed the view that Gibraltar needs a different exit solution from the European Union than Britain due to its “differentiated membership” status within the EU. Picardo explained that as Gibraltar has a border with the Schengen countries of the EU the issue of free movement, migration and travel should be treated differently than that of the Republic of Ireland and Northern Ireland.
With Brexit coming into effect in March 2019 there are still numerous issues to be resolved. Gibraltar voted to remain within the EU as recently as 2016 but will now be forced to leave as the Brexit vote in Britain also applies to the territory. Members of the European Union since 1992, Gibraltar natives also enjoy British citizenship since 2002 and this has given rise to mixed emotions on the peninsula. While some accept and welcome Brexit there are others who view it with scepticism.

96% of the Gibraltar population voted to remain in the European Union in the 2016 referendum and many of these Brexit opponents claim that leaving the EU could have serious financial implications for Gibraltar. The economy relies on the current easy access to both the EU and British markets for its main revenue sources including financial services, online gambling and tourism. British owned financial and gambling companies may no longer find Gibraltar as suitable or welcoming a base for their activities as the current tax situation looks set to change. With a European visa system now expected to apply to British citizens there could be a serious downturn in tourists visiting Gibraltar. Similarly, citizens of Gibraltar may also require a European or Schengen visa to visit the remaining EU countries. Talks regarding the exact terms of Britain’s withdrawal are ongoing but it seems that the British territory will lose out to a lesser or greater extent unless special terms can be applied to Gibraltar’s situation.

Flights between Britain and mainland Europe are subject to exceptionally high safety standards which are controlled by the European Aviation Safety Agency (EASA). Post-Brexit, EASA will no longer be responsible for flights out of Britain which could – in theory – see these standards drop as there would be two bodies responsible for maintaining safety. There is still some uncertainty as to the exact effect of Brexit on flights between Britain and Europe. British transport secretary, Chris Grayling, expects that a mutual arrangement will see flights continue with little or no disruption of service while budget airline Ryanair speaks of a “distinct possibility” of flights being grounded for an unspecified period of time.

Passengers intending to travel between Britain and Europe in the weeks immediately following Brexit are reluctant to make arrangements while such uncertainty exists. The possibility of flights being cancelled and the risk of losing any associated travel and accommodation bookings has to be considered problematic until a comprehensive deal has been agreed with the European Commission. Recent discussions in Brussels have tentatively proposed reducing passengers’ rights to claims and possibly halving refunds due for delays and cancellations. The British government, on the other hand, has stated that compensation rules and guidelines will remain unchanged after Brexit. This could lead to legal uncertainties over compensation in many cases as, for example, a French-owned airline operating between the UK and France would be governed by both EU and British consumer laws.