Is ETIAS necessary for visits to Microstates? 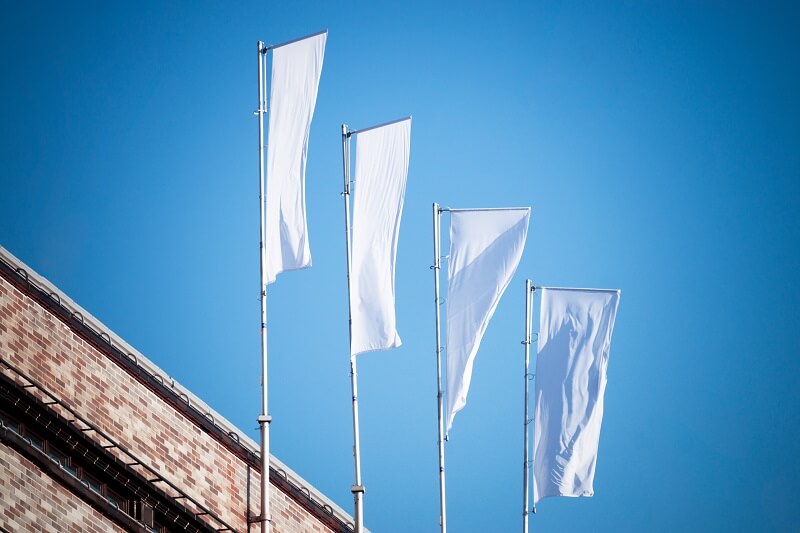 By the middle of 2023 it will be necessary for all non-European Union or Schengen Area citizens to have an ETIAS approved passport for any travel to or within the greater European arena. ETIAS stands for European Travel and Information Authorisation System and is being introduced to tighten security across the whole of Europe by screening intending visitors and granting or refusing permission to travel based on whether the persons concerned are deemed a potential terrorist, criminal or medical risk.

In the majority of cases (an estimated 95% or more) ETIAS approval is expected to be granted and the passport holder given permission to visit any of the participating European Union and Schengen member states.
As the ETIAS is valid for all of Europe visitors may travel to, and through, all the major European countries but is an ETIAS approved passport sufficient for the so-called “microstates” dotted throughout Europe?

What is a Microstate?

It is difficult to precisely define a microstate but basically the description covers any small independent country or state which has a small land area or a small population and, generally speaking, a microstate has both.

A microstate differs from a micronation in that the former is an independent sovereign entity while the latter is self-declared and may not be internationally recognised. Microstates have evolved over the centuries and whereas most of these small countries have been amalgamated into bigger nations some have retained their independence. There is no precise rule governing what constitutes a microstate but it is generally accepted that the country must have a relatively small land area and a population of no more than 400,000. These criteria are somewhat vague as some would argue that Iceland qualifies as a microstate because the country, although fairly large in area, has a population of under 400,000.

Four microstates exist within the confines of Europe and these are:

Vatican City's place on the list of recognised microstates is contested by some “experts” as they maintain it does not meet the accepted criteria as normally applied. In addition there are two other countries which some experts deem to be microstates, namely Liechtenstein and Malta, but as Malta is a member of the European Union and Liechtenstein is part of the European Economic Area (EEA) they are included in the ETIAS programme.

Although each of these states is tiny they are also very popular tourist destinations and there has been some confusion expressed regarding their relationship with the EU and as to whether they are covered by the new ETIAS requirements. As these states are neither EU members or part of the Schengen Area then ETIAS should not apply but in order to reach any of these destinations it will most likely be necessary to travel to a neighbouring larger country. And what will citizens of these states require if they work in a neighbouring EU or Schengen country? Will a tourist visiting Rome require special permission or a visa to visit Vatican City or is this covered by an ETIAS?

The European microstates (including Malta and Liechtenstein) are part of the greater European set-up to varying degrees. All have their own arrangements with the EU with regard to membership, access, currency and the movement of people and goods.

All use the euro as the unit of currency with the exception of Liechtenstein which uses the Swiss franc although the euro is also accepted. Malta is a full European Union member. Andorra, San Marino and Monaco are part of the European Economic Area to varying degrees which entitles them to free movement of people and goods within the European Union. Vatican City, although not a member of the EU, is enclosed by Italy and only requires the same documentation for travel (including ETIAS when it comes into force) as applies throughout Europe. Liechtenstein is in a similar situation to Vatican City but is a Schengen Member state rather than being in the European Union and follows the same regulations for travel as apply to the EU and Schengen area.

Although microstates are independently ruled or governed, none has the right to issue a Schengen Visa as this could pave the way for unwanted and undesirable persons to enter Europe through a back door.

Due to their location and size, microstates can be difficult to reach and do not have their own international air or sea ports. For these reasons any visitor will often be required to arrive in a nearby country and make the rest of the journey overland. For visitors to Monaco, Vatican City and San Marino it is necessary to arrive in one of the neighbouring EU member states which means entering the greater European area.

While third-country passport holders still enjoy visa-free travel to the EU, this situation will change with the introduction of ETIAS as visa-free travellers intending to visit Europe will need to possess an ETIAS approved passport. The same rule will apply for visits to San Marino, Monaco and Vatican City as these are de facto included in the Schengen and EU zone. The exception to the ETIAS rule is Andorra on the French-Spanish border which currently has no visa requirement although this may change in the coming months and years.

Despite their small size microstates are a huge tourist attraction and visitors flock to these tiny nations in droves every year. As well as the practicalities of what documentation is required there are other questions that are frequently asked concerning these destinations and what visitors can expect to find and experience.

Andorra is a landlocked state situated on the French-Spanish border covering an area of less than 500 square kilometres and with a population of just under 80,000. The Andorran economy relies heavily on tourism and the small nation is best known for skiing and duty-free shopping. Andorra boasts world-class ski slopes and five-star spas that are on a par with the best skiing destinations in France and Switzerland but are somewhat more affordable than their more famous counterparts.

On the French side the nearest airports are at Toulouse and Perpignan while the principality is best served by Spanish airports at Girona, Lleida and Barcelona. Non-EU citizens will require an ETIAS whether travelling via Spain or France.

Bordered on the east, north and west by France and the Mediterranean Sea to the south, Monaco is ranked as the second smallest country in the world covering just two square kilometres but tops the charts for population density with 18,750 inhabitants to a square kilometre. Beautifully situated on the French Riviera, Monaco is famous for the luxury yachts anchored in the bay, its high class casinos and the world-renowned Formula One Grand Prix.

Officially designated the Principality of Monaco, the tiny nation is too small to accommodate its own airport and is served by Cote d'Azur Airport in Nice from where it is a short 32 km drive to the centre of Monaco. Alternatively, travellers can fly into Federico Fellini International Airport near the Italian city of Rimini. As Italy and France are EU member states non-EU passport holders will require ETIAS approval before embarking on a trip to the wealthy and expensive Principality of Monaco.

The world's smallest independent nation-state covering an area of less than half a square kilometre, Vatican City is home to the Pope and the headquarters of the Roman Catholic Church. Visited by millions of tourists every year, the Vatican is home to some of the world's finest examples of art and architecture and visitors can enjoy the delights of St. Peter's Basilica and the Sistine Chapel. Many of the attractions are free of charge although visitors will require tickets to gain admission to the Vatican Museums due to the large numbers they attract.

Vatican City is surrounded on all sides by Italy's capital city Rome and best reached by that city's international airport. Once again, ETIAS approval will become mandatory for non-EU nationals who wish to visit once the system is up and running in 2023.

Completely surrounded by Italy, San Marino is an independent state that ranks just behind Vatican City and Monaco in terms of size and population. Rated one of the wealthiest countries, the capital city of San Marino sits atop Monte Titano and is extremely picturesque with narrow cobblestone streets and beautiful medieval architecture. At the summit of Monte Titano, the Three Towers of the 11th century citadel is truly awe-inspiring and a must-see for all visitors.

San Marino is best reached via Federico Fellini International Airport in Rimini and is only a short two hour drive from Bologna. Both of these cities being in Italy, ETIAS approval will be required for visiting non-EU passport holders from late 2022.
Visiting Malta or Liechtenstein

Malta is a full member of the European Union and abides with all travel laws and regulations which means that British citizens will require ETIAS approved passports to visit any of the seven islands that comprise the country. This is despite the fact that Malta was ruled by the British until as recently as 1964 and English is spoken as frequently as the native Maltese language if not more so. Because of the similarities with the United Kingdom the small nation is particularly popular with English tourists and the warm climate is also a big attraction. Late spring and early autumn are the best times to visit as the weather is warm but not overly hot and tourists are less in evidence.

Although Malta and Liechtenstein, with a population of 525,000 and 40,000 respectively, might technically be listed as microstates the label doesn't really apply to either country.

Liechtenstein is neither a member of the European Union nor a Schengen state but it is a member of the European Economic Area and, as such, follows most EU directives including the necessity for visiting third county nationals to possess an ETIAS approved passport. Situated in the Alps between Switzerland and Austria, it should come as no surprise that most of the countryside consists of hills and mountains. As it is a global financial and banking centre, Liechtenstein is a wealthy country with the 40,000 inhabitants enjoying a high standard of life.

The Alpine location is a tourist attraction in its own right with travellers dropping in to enjoy the many outdoor activities on offer including hill walking, trail running, organised hiking trips and all within a half hour's travel by car or local bus service.

San Marino, Monaco and Vatican City are de facto members of the Schengen Area as all three have open borders with their larger neighbours. As the three microstates can only be accessed via Italy or France it is necessary to possess a valid ETIAS as these countries are part of the ETIAS programme.

Although Andorra has no visa requirement (including ETIAS) for visitors it is completely landlocked and only accessible through either France or Spain. Any visit to Andorra would necessitate a first stop in one of these countries so, once again, an ETIAS would be required.