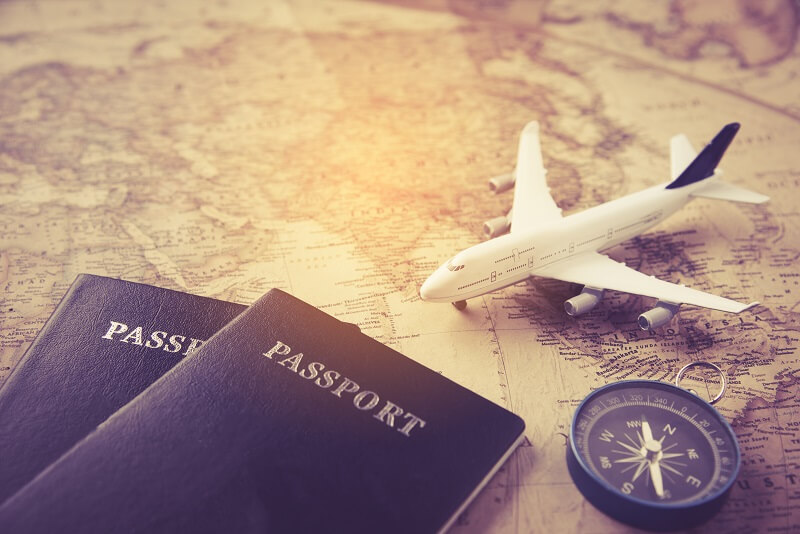 Visitors from any country that is not a member of the European Union, will require either a Schengen Visa or possess an ETIAS approved passport from late 2022. This is due to European legislation which is being introduced to improve security (and guard against medical situations such as the current coronavirus pandemic) throughout Europe. While third-country tourists and business people enjoyed visa-free access to Europe, there will now be an added layer of bureaucracy to be navigated.

In the majority of cases, third-country passport holders will need to have applied for and received ETIAS (European Travel and Information System) approval before embarking on any trip to any of the 27 European Union countries or the four Schengen countries that are not part of the EU. However, this ETIAS requirement may be rendered unnecessary in certain special cases.

In an effort to attract investment and wealthy foreigners some European Union and Schengen countries operate a Golden Visa programme or something similar. These schemes are open to wealthy foreign nationals who plan to immigrate for an extended period of time, or even wish to become residents, and who will invest a considerable sum of money in the host nation's economy.

A Golden Visa is not for casual holidaymakers, students or transiting business people. Typically, those who wish to avail of this system must intend staying in the host country for a longer than usual period, must purchase property and will most likely be required to make a large investment in the country's economy or make a suitable donation. This means the Golden Visa is almost exclusively aimed at wealthy individuals who can afford the considerable sums of money that may be involved.

Benefits of a Golden Visa

Though expensive, a European golden visa does have a number of benefits and advantages that most certainly do not apply to regular visas. The holder of a golden visa:

After holding legal residency for a period of time (this will vary from country to country) it is also possible to apply for citizenship which, although not guaranteed, is usually just a formality.

Another huge benefit of possessing a European Union or Schengen country golden visa is the fact that the holder has the right of free movement throughout the whole of Europe without any form of visa unlike other non-EU citizens who will require an ETIAS approved passport.

The freedom of movement to and from Europe that third-country citizens have enjoyed for so long, and will continue to enjoy until ETIAS comes into effect, will soon be a thing of the past. For wealthy individuals interested in investing funds and residing abroad a Golden Visa can be a tempting proposition as this will effectively do away with the necessity of applying for a new ETIAS every three years and simplify any European travel or vacations.

A Golden Visa is also attractive to some individuals as it allows for the possibility of having dual citizenship which could be a distinct advantage in a political, economic or health crisis as evidenced by the current Covid-19 pandemic. Having dual citizenship might facilitate transit between Europe and a traveller's home country, to mitigate against some of the pandemic protocols currently in operation across greater Europe.

Two other countries which also operate a Golden Visa scheme for “third country” investors are:

The process for acquiring a Golden Visa and the qualifying conditions vary from country to country, as does the availability of dual citizenship. Non-EU nationals seeking a Golden Visa with a view to residing in Europe and possibly applying for citizenship must satisfy certain criteria and these are the most frequently expected though by no means a certainty in every case:

The right to apply for citizenship in a European or Schengen member country is usually dependent on the amount of time spent living in the country in question although citizenship can sometimes be granted in return for substantial investments.

Every country offering a Golden Visa has its own rules and qualifying criteria for application and the following is intended as a rough guide to how the situation currently stands in the following EU and Schengen countries.
Austria. One of the most popular choices for foreign nationals, Austria offers a Golden Visa in exchange for significant investment. Applicants must be prepared to invest €40,000 (£34,000) or more in the Austrian economy and then wait for between one and three months before submitting a Golden Visa application. Subject to approval, and following ten years of residency, a Golden Visa holder may apply for Austrian citizenship. Alternatively, an applicant may be granted citizenship by directly investing €10 million (£8.5 million) in an Austrian business or contribute €3 million (£2.55 million) to an approved national development fund.

The Belgian government operates the Belgium Business Residence Program which is, in effect, a Golden Visa scheme. Under this scheme foreign businessmen, investors and entrepreneurs must invest a minimum amount of €350,000 (£300,000) in a business in Belgium for which they are granted residency. Although successful applicants have residency rights there is no requirement to live in Belgium but those who actually reside in the country for five years or more can apply for citizenship although this will necessitate passing a test in German, Dutch or French.

In the past non-EU nationals have been granted Bulgarian citizenship by investing significantly in the country but this situation is soon to be abolished. Currently, a Bulgarian Golden Visa is available to foreigners investing a minimum of €525,000 (£445,000) in the country's economy with the government also offering a Golden Passport for those investing at least €1.05 million (£900,000).

Another popular choice for foreign investors is Cyprus which used to grant residency to third-country nationals (and their spouses) who contributed significantly to the country's economy. However, this Golden Visa programme has now been suspended due to issues regarding a number of foreigners deemed to have been improperly granted citizenship and there is no indication as to when (or if) it will be resumed.

The Greek Golden Visa Program is fairly clearly defined and is open to non-EU nationals who will be granted residency by satisfying any of seven defined criteria. These are:

Once one of these criteria has been met the investor should receive a residency permit within one to two months and this is renewable every five years. Foreign nationals residing in Greece under this scheme are entitled to apply for Greek citizenship after a period of seven years.

The Irish version of a Golden Visa is called the Immigrant Investor Programme (IIP) and its primary function is to encourage investment in the nation's economy. It is open to all non-EU nationals willing to invest €1 million (£850,000) in an Irish enterprise, business or investment fund. Alternatively, foreign nationals can donate €500,000 (£425,000) to a recognised fund promoting education, health, the arts, culture or sports in Ireland. This donation is non-refundable.
Italy. Italian residency, and thus the avoidance of the ETIAS requirement, can be accessed by:

Another hugely popular choice for other non-EU citizens seeking European residency is the Maltese Golden Visa programme. Applicants must have a minimum of €500,000 (£425,000) in accessible funds and another €150,000 (£127,000) in assets as well as invest in the Maltese economy by:

Despite the significant outlay required, the Maltese Golden Visa is one of the most frequently used programmes for gaining European residency.

Acquiring residency and citizenship in Portugal is probably easier than in any of the other EU or Schengen member states. Residency is granted to third-country nationals who meet any of the following criteria:

Having held legal residency for five years foreigner investors can apply for citizenship without forfeiting any other existing citizenship giving the applicant dual citizenship.

The Spanish government is also keen to attract foreign investment and operates a Residence-by-Investment programme. Investment in the Spanish economy is mandatory for third-country nationals seeking residency status or wishing to gain citizenship.

Once the conditions have been met, foreign investors usually receive a residency permit in as little as 20 days which is valid for an initial period of two years and renewed every five years thereafter. The Spanish residency permit covers the holder, spouse or partner, dependent children and grandchildren.

Most foreign residents are eligible to apply for citizenship after ten years with special exception made for Sephardic Jews, nationals of the Philippines and Equatorial Guinea, as well as citizens of Latin American countries who are only required to wait for two years.

Seeking residency in Switzerland is straightforward but expensive. The basic requirements for receiving a Swiss Golden Visa are:

Despite the high costs involved, Switzerland is one of the foremost destinations for foreign investors because of its excellent healthcare system and business-oriented attitude.

The European Union authorities have reservations about the various Golden Visa programmes currently in operation throughout Europe. Concerns have been raised with how these schemes are being run and allegations of corruption have been made in more than one instance. Some Members of the European Parliament (MEPs) have gone as far as demanding a total ban on golden passports and the introduction of stringent new rules regarding the granting of golden visas.
Of most concern is the fact that golden visa applicants are only screened by the EU or Schengen country to which the application has been made thereby circumventing the entire purpose of ETIAS which is to strengthen security across the entire European zone. By using the golden visa route, it is argued that criminals and terrorists can gain access to Europe through a back door without having been thoroughly screened as would be the case when applying for an ETIAS.

Other MEPs recognise the fact that golden visas are a good method of attracting foreign investment but would favour stricter regulations regarding their use to prevent misuse of the system. Proposals include:

These, and other, proposed regulations are intended to prevent undesired persons using a nation's golden visa programme for the purpose of money laundering, evading taxes and other forms of illegal activity.

Europe through the back door

There are six non-EU and non-Schengen nations that have (by agreement) visa-free access to the European Union through which it is possible to gain entry to Europe without the need for an ETIAS approved passport. The six nations are:

These nations also offer easy access to residency and citizenship through investment which has raised concerns at the highest European levels that they could easily be used as a back door into Europe. These concerns may be well founded as Vanuatu is likely to be removed from the list because of the country's questionable attitude to vetting citizenship applications.