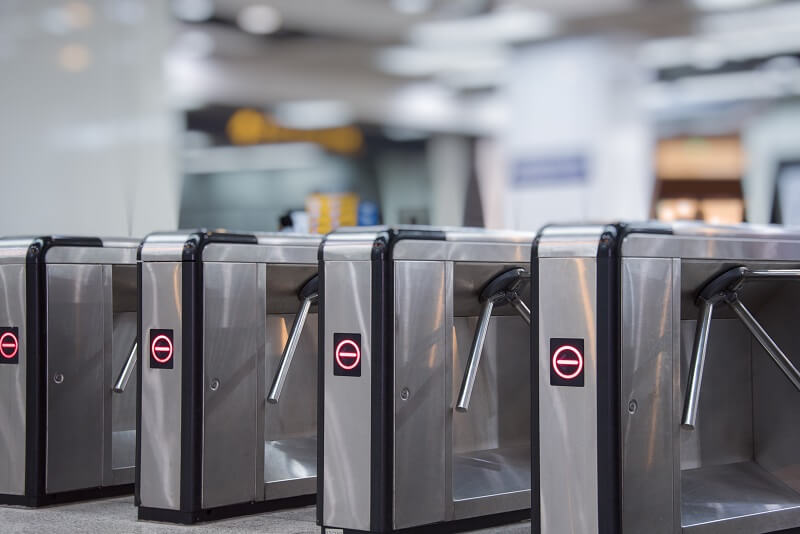 Europe's land and sea borders are protected by Frontex which is now more correctly called the European Borders and Coast Guard Agency. With such a vast sea area and lengthy borders to be covered it is hardly surprising that the agency has sometimes struggled to police and monitor all areas effectively. For this reason the European Union announced in 2019 that it was introducing a new regulation with the intent of strengthening Frontex.

The EU regulation stipulated that an additional ten thousand personnel would be recruited and trained as border and coast guard officers. Recruitment to Frontex is still ongoing with approximately two hundred basic level and a hundred intermediate level officers already in training since the beginning of 2022.

The name Frontex comes from the French “ Frontières extérieures” which means external borders. Founded in 2004, and originally titled the European Agency for the Management of Operational Cooperation at External Borders, Frontex is headquartered in the Polish capital city of Warsaw. The stated purpose of Frontex was to streamline border controls across the European Union and Schengen Area and to improve integrated management structures. This was no easy task and with the onset of a migrant crisis in Europe in 2015 and 2016 the European Commission proposed the extension of the agency's operations to handle the overwhelming numbers of illegal migrants arriving at European borders. This proposal was approved by the European Council and Frontex was renamed the European Border and Coast Guard Agency. The newly-named agency begin work immediately by working with various border personnel and coast guards across the Schengen Area and was particularly instrumental in dealing with illegal migration issues on the Turkey-Bulgaria border in 2016.

With the acceptance of the 2019 EU regulation, Frontex will take a more active approach to border security and become more involved in the fight against criminality and terrorism. Frontex will act as an intermediary between various national border and coast guard authorities to ensure smooth cooperation and exchange of information between each country. The goal is to create a streamlined and smoothly functioning border management system for the whole of Europe that will improve overall security but without impinging on any citizen's rights.

Frontex has access to many of the EU's security databases and can use this stored information for risk analysis or to predict where potential problems may arise and react accordingly. Some key features of the 2019 regulation that strengthen Frontex's powers include:

As recently as September of 2021, Frontex proved its worth in the ongoing battle with cross-border crime. In a joint enterprise with Austrian authorities, Frontex carried out an operation which targetted organised crime gangs based in central and south eastern Europe. Dubbed EMPACT Joint Action Day, the joint operation centred on people smuggling and human trafficking operations as well as document fraud. Working with police officers and border guards in the participating countries, the Frontex operation was extremely successful and led to:

This one successful operation alone provides sufficient proof of the important role Frontex can, and will, play in maintaining and improving security within the European zone.

ETIAS, the European Travel Information and Authorisation System, is being rolled out later in 2023 and should become a mandatory requirement for non-European passport holders by the middle of the following year. ETIAS is a screening system which requires applicants to furnish personal information including medical and criminal details. The entire system will be run from a Central Unit which will store all information and data pertaining to visitors and Frontex has responsibility for the setting up and administration of ETIAS.

Managed and operated by Frontex, ETIAS will:

Information supplied on the application form will be checked against security databases and, if there are no issues or red flags, the application will be approved and electronically linked to the applicant's passport. When the passport is scanned at an airport, seaport or border crossing the ETIAS is verified and the passport holder allowed to continue the journey to the European Union or Schengen Area.

Protecting fundamental human rights is inbuilt into the Charter of Fundamental Rights of the European Union and must be strictly adhered to by all EU bodies. To ensure Frontex meets the required standards the agency must:

The full budget of almost €800 (£675) million for 2022 is dependent upon meeting these and other conditions and Frontex risks losing part of this allocation for failure to do so.

Because internal borders within the EU and Schengen Area are almost non-existent it is hugely important that the external borders of Europe are adequately protected and secured. Although countries on the outer perimeter of Europe are responsible for their own border control these may not be sufficient and Frontex can supply additional help. In recent years there has been a significant increase in illegal migrants and refugees seeking to enter the European zone which has seen some border crossing points overwhelmed.

Frontex can not only supply valuable information and data regarding the movement of people but can also provide technical support including:

Due to the lack of proper internal borders in Europe it is theoretically possible to drive a stolen car from Italy to the Ukraine or a trafficking victim to be taken from France to Sweden. This is why it is so important to make European external borders and access points as secure as possible without causing excessive delays for travellers.

Frontex is the first line of defence against illegal entry to Europe as the agency provides both support staff and intelligence concerning the movement of people and criminal activity that could affect Europe. Thanks to the efforts of Frontex, European border control personnel can share information and undergo training to improve performance and have access to the latest equipment to help combat cross-border criminal and terrorist activity.

The budget for operating Frontex has increased greatly year after year and has now reached almost €800 (£675) million for the current year. Staff numbers have also risen dramatically and are expected to reach almost 10,000 in the next five years.

The increases in budget and staffing levels, in combination with access to the latest technology and information systems, should ensure that Frontex will considerably improve European border control and security.