Europe is still off limits to Americans 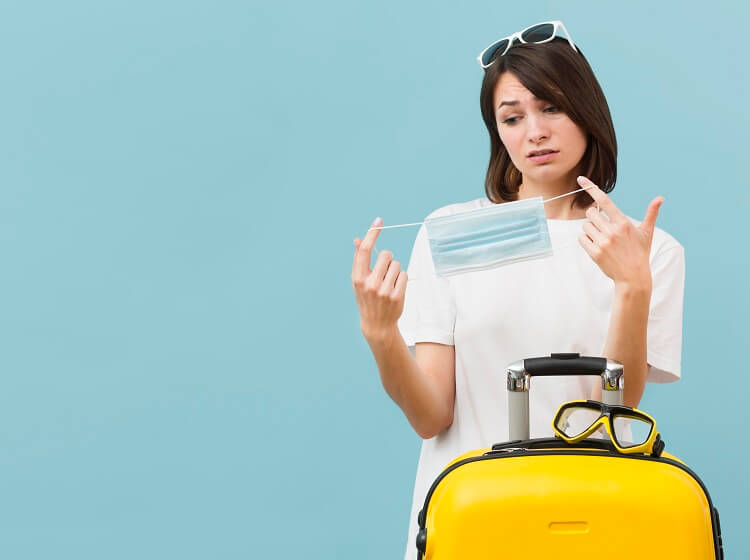 Despite a worrying recent upward trend in the numbers of new coronavirus cases across Europe it is still possible for British and European citizens to travel throughout Europe subject to differing conditions. However, the rising numbers the European average rate of infection is still much lower than that in the U.S.A which has led to an almost total ban on American visitors to Europe. Although the European Union member countries re-opened for tourism at the start of July, visitors from outside the EU were essentially still barred from entry with the exception of a “green list” of fourteen countries that were deemed to be “safe” or relatively so. The USA did not make the list at that time and is unlikely to do so any time soon as American Covid-19 case numbers remain high at present.

It is not just American travellers who have been limited as to where they can travel as Europeans are also subject to an ever changing list of countries that are closed to tourists or open but with restrictions. Every European country operates its own “green list” of countries where the risk of coronavirus infection is deemed low enough to be relatively safe. The safety threshold for lifting travel restrictions was originally set by the EU Commission in July at 16 cases per 100,000 of the population of a country. Recent statistics show that this number continues to be exceeded in many European countries and with the increase comes the likelihood of more restrictions on travel if not outright bans. Some examples of just how bad the current situation is can be seen in the following recent statistics:

Elsewhere in Europe countries such as the Netherlands, Czech Republic, Austria and Belgium are also recording higher daily numbers of infections with an average 40 to 50 new Covid-19 infections per 100,000. Spain's figure of 205 is by far the highest in Europe and higher than the current USA average of 183 although this number varies wildly between different American states with average new case numbers being as high as 248 in Iowa to as low as 13 in Maine. With such vast differences in infection rates across America the EU is playing safe by banning or severely limiting American access to Europe.

To put the difference between the numbers of coronavirus cases in the USA and Europe in context the latest figures released by the European Centre for Disease Prevention and Control show a total of 3.9 million coronavirus cases recorded in the EU and United Kingdom with a combined population of 510 million while the USA has recorded almost 6 million cases in a smaller population of 328 million.

There are no predictable certainties for any European country regarding the rise or fall in coronavirus cases. Luxembourg recently experienced the highest new Covid-19 daily rate over a fourteen day period than any other EU member state but now has the lowest level of new infections. However, while Luxembourg has enjoyed a few good weeks the picture is not as optimistic across the Europe. With the easing of restrictions and an increase in airline passenger numbers, France, Spain and Germany have registered their highest numbers of new daily Covid-19 infections since April and protective measures have been taken in these and other European countries:

Even popular tourist destinations that have largely re-opened in recent weeks such as Malta, Greece and Croatia have experienced a recent upsurge in coronavirus case numbers and may soon be forced to reintroduce travel restrictions and quarantine requirements.

As long as the coronavirus pandemic continues there is no definite answer as regards the risks associated with European travel. Although it is presently possible to visit several European countries with no quarantine requirement the list of such countries changes on an almost daily basis and there can be no certainty regarding quarantine requirements or flight availability at any future date. While a country may have a low daily increase in infection rates today this can change tomorrow. The British government advises strongly against all but essential foreign travel at present and this is the most sensible and safest option until European rates of infection can be reduced to a more acceptable level.