Survey: 44% Of American’s Can’t Correctly Spot Countries in The EU 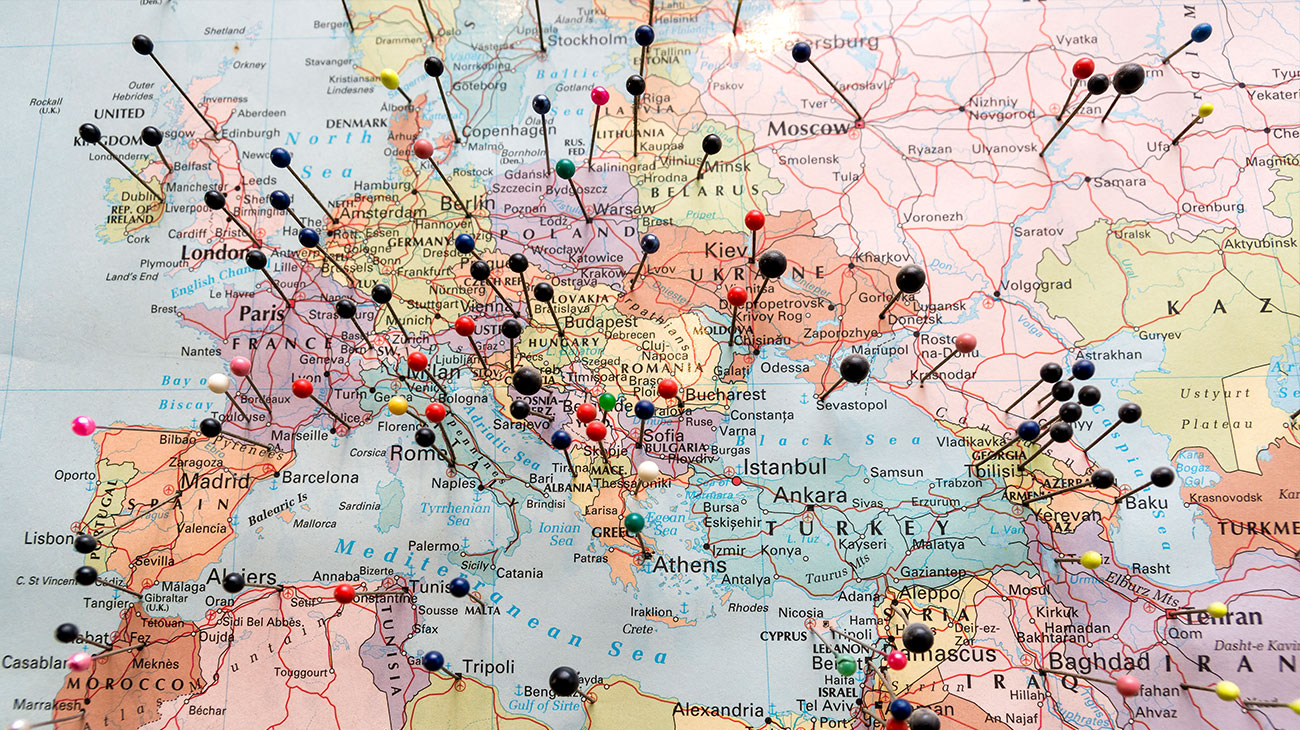 How geographically savvy are you? The fact is most of us learn the lay of the land at some point in school and as we grow older, this knowledge can slip away from us. Whether you’re from a small town or reside in a big city, it can be difficult to recall or remember where every country or region is located in the world.

To determine just how well people know the European region, we tested 2,000 Americans to see if they could identify which countries are and are not a part of the European Union (or EU). We surveyed 1,000 Americans per question and found that:

Starting in 2021, Americans along with citizens from over 50 other countries, will be required to obtain an ETIAS to travel to the Schengen Area. Having knowledge of which countries are in the Schengen Area or the EU is important to be sure you have all the requirements needed to travel worry-free. Read on below to learn about the European countries tested in our study.

Countries in the EU

We listed 6 countries and asked participants to select all of the countries that are part of the EU. The results? 2 out of 5 Americans chose none of the above. 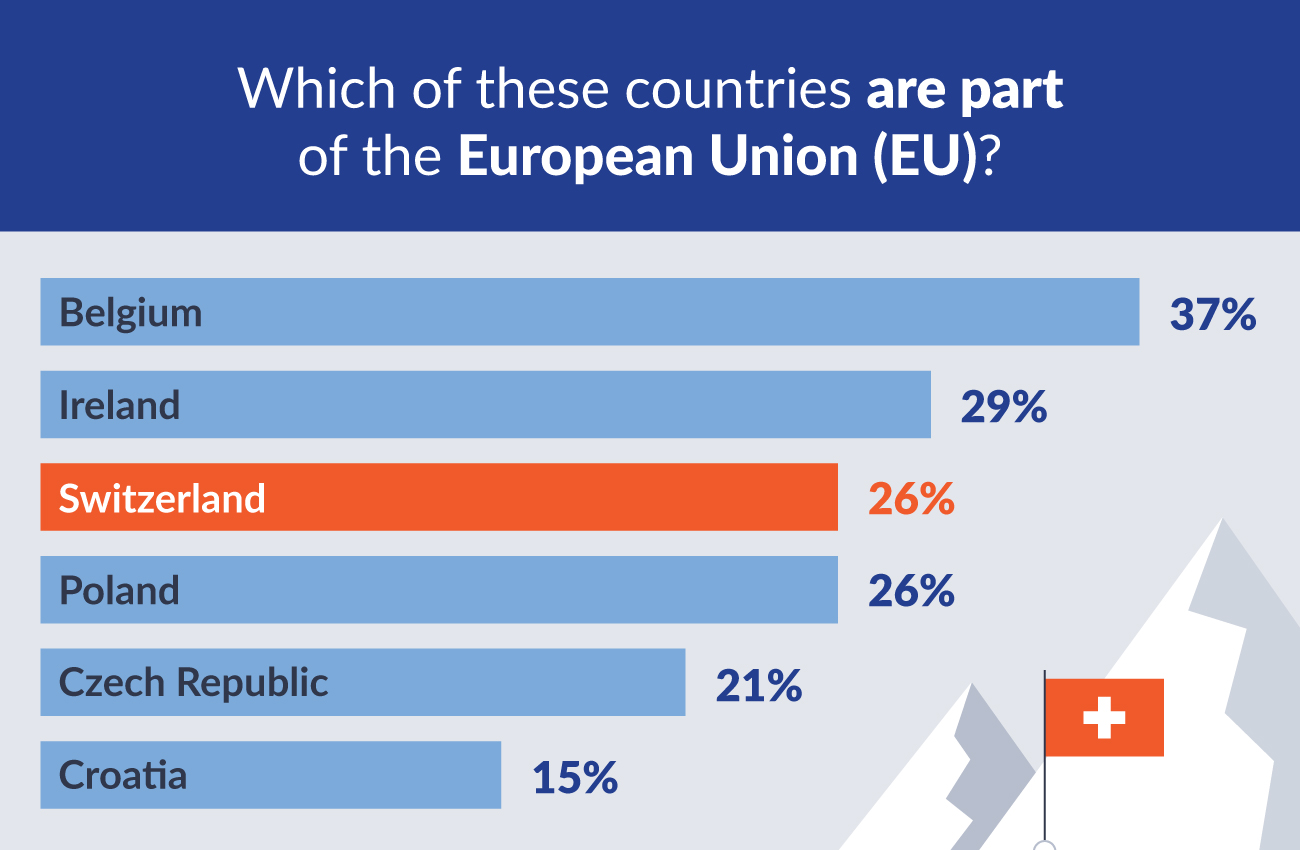 The one country that was not part of the EU, in this case, was Switzerland. Only 1 out of 4 people correctly identified this. Interestingly, we found that Americans located in the South were the least knowledgeable of correct EU countries. 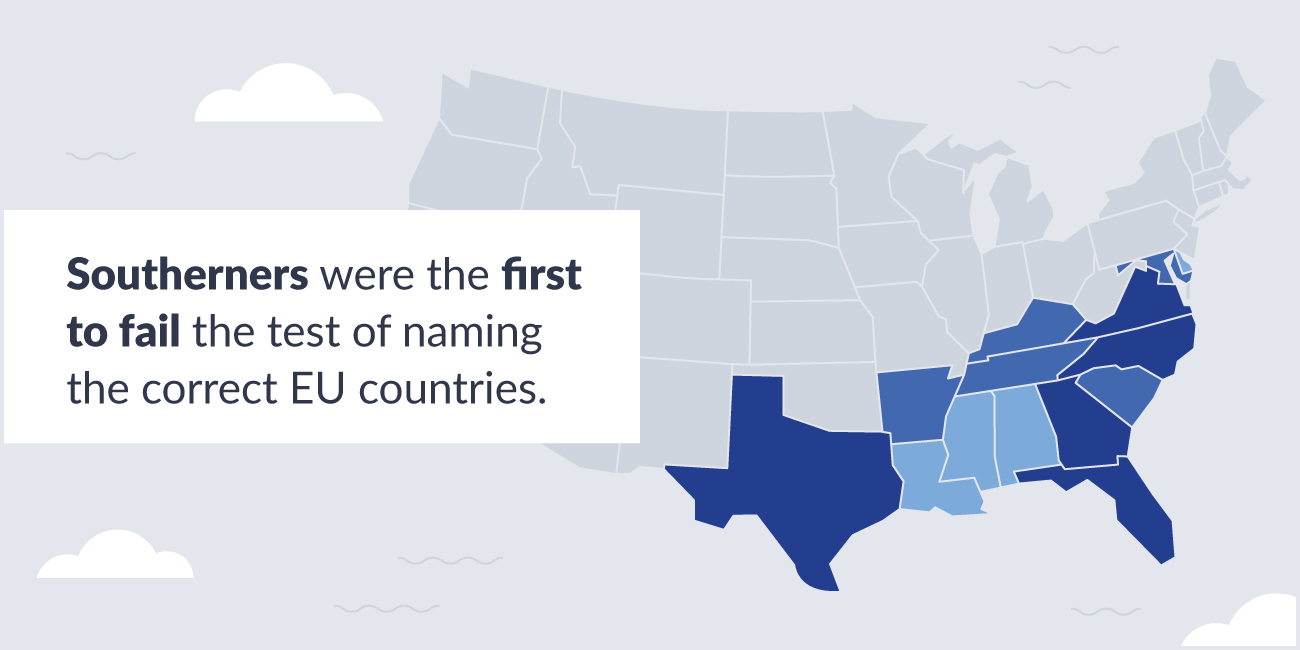 In a similar search for information, Gallup conducted a study asking Americans to self-state their knowledge about the European Union and found that a whopping 77 percent of people “admitted they know very little or nothing about the organization.” The study correlated this to the participants’ level of education—those with college and post-grad education being the most knowledgeable.

To further test people’s knowledge, we randomly selected 6 countries located in Europe and asked participants to select which of the countries are not part of the EU.

The majority of people (37 percent) chose Bulgaria, which is, in fact, an EU member country. Only 6 percent of Americans selected the non-EU country answer option of Norway. The largest age group who got this wrong? Millennials. 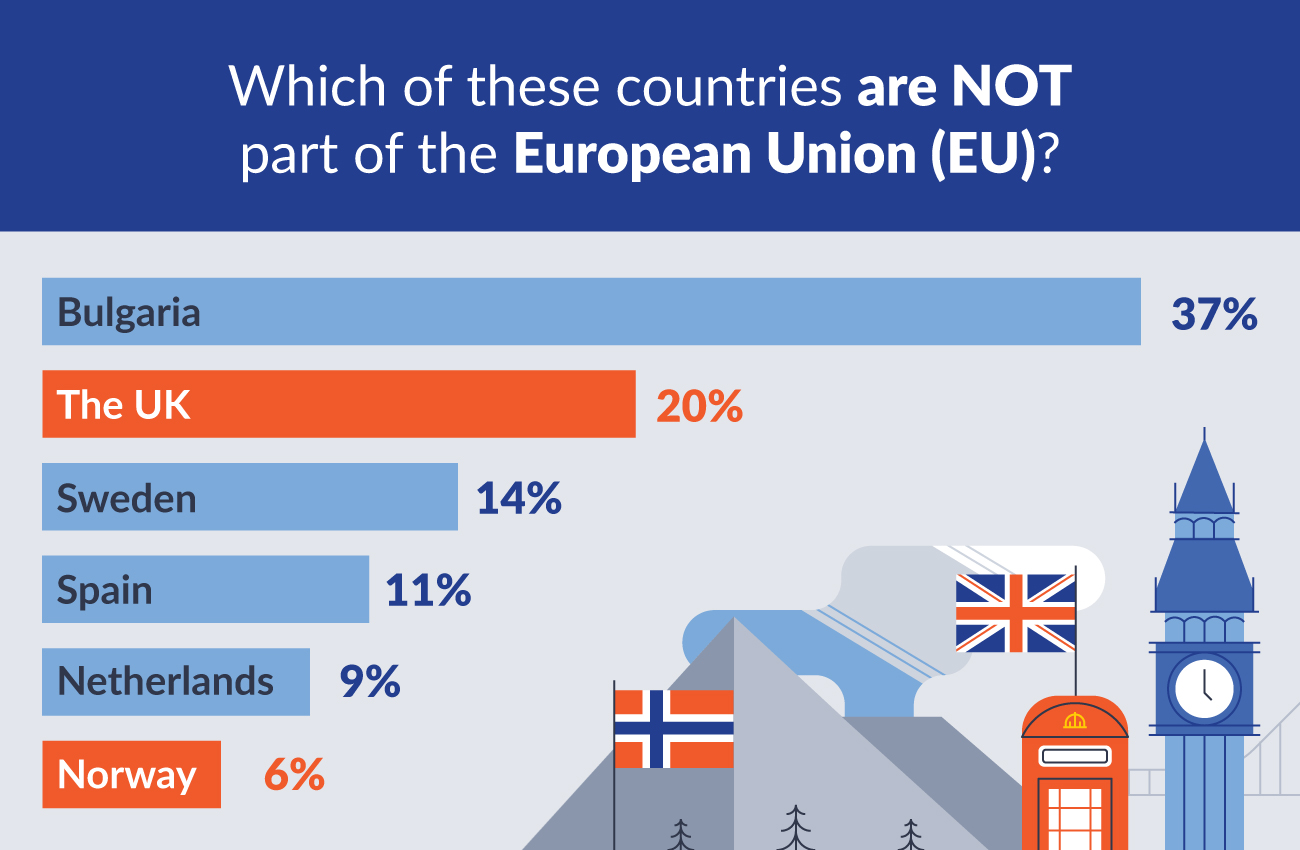 While Americans are aware of the controversial and historic Brexit, the timeline and details of the event seems to be lacking. We found in our study that only 20% of participants correctly identified the current status of the UK and the EU. 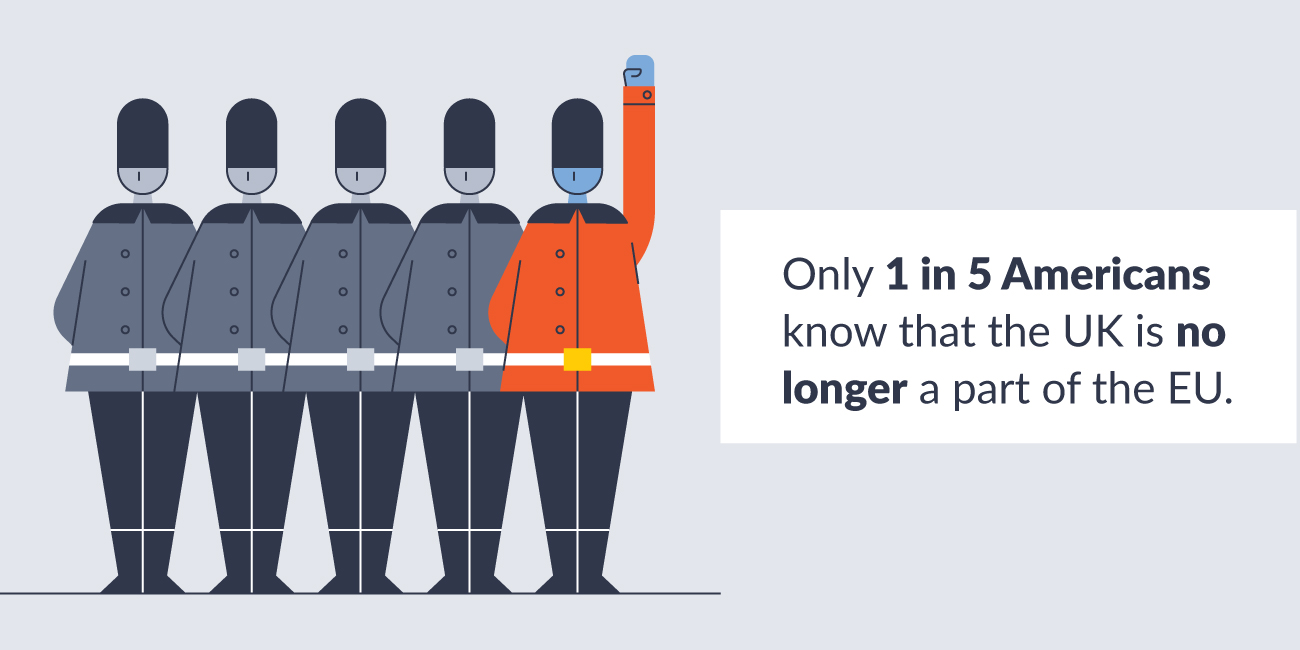 Because the UK exit from the EU recently became official, it’s no surprise that the majority of Americans missed the mark on this question.

Test Your Own Skills

Put your own skills to the test like these Americans who labeled entire regions “Literally no idea, sorry!” and “I am very sorry, you are all great.” Let’s not forget the food country labels like “French fries”, “Ravioli”, or “Pierogies”. How many European countries can you correctly label in the map below?

Let’s face it—Americans failed the European Union geography test. Before taking a trip across the pond, it’s a good idea to brush up on what countries are part of the EU and the Schengen area.

While planning your trip, confirm who needs ETIAS and if your country is on the list. This travel authorization is an implementation meant to improve the security of the EU member states within the Schengen region by requiring travelers that currently travel visa-free to obtain an ETIAS.

This study was conducted for ETIAS.com using Google Consumer Surveys. The sample consisted of no less than 1,000 completed responses per question. Post-stratification weighting has been applied to ensure an accurate and reliable representation of the total population. This survey was conducted in January 2020.