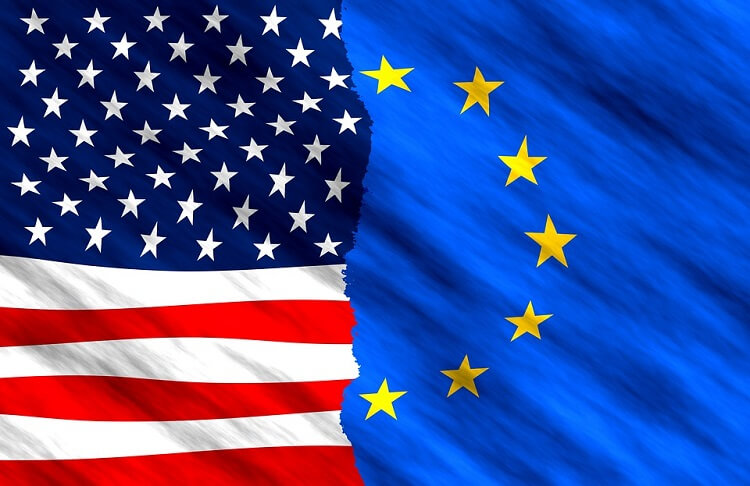 The rollout of the European Travel Information and Authorisation System is being closely monitored by American security services and is expected to be a European version of the United States’ own Electronic System for Travel Authorization (ESTA).
At a June meeting in Bucharest, officials from the EU and U.S.A met to discuss security, and other, implications of the new European travel requirement and reaffirm both entities’ commitment to addressing security threats and criminal activity in both Europe and America.

The meeting was hosted by the Romanian Presidency of the Council of the European Union and attendees included senior American officials including U.S. Attorney General, William Barr and David Pekoske, the Acting Deputy Secretary for U.S. Homeland Security. The Europeans were represented by the Commissioner for Migration, Home Affairs and Citizenship, Dimitris Avramopoulos, and Commissioner for the Security Union, Julian King, along with the Finnish Minister of the Interior Ms. Maria Ohisalo and other high-ranking European officials. Also present was EU Counter-Terrorism Coordinator Gilles de Kerchove and high-ranking officials from Europol and Eurojust.

Combating terrorism was affirmed as one of the top priorities by all representatives and it is envisaged that the introduction of ETIAS will expand both bodies’ information gathering and threat assessment capabilities. Newly acquired information regarding travellers to and within Europe has already been successfully used by European security agencies like Europol and Eurojust to target potential terrorist and criminal acts. With more personal and detailed information becoming available through the ETIAS application process, more information can be made available to both American and European security forces and the sharing of this information will be expanded upon. Participants on both sides stressed the importance of evaluating the “Passenger Name Record” agreement before implementation. A further meeting between the American and European security heads on the subject of terrorism is scheduled for early July in Brussels.

More Than a Visa

ETIAS is not, and was never intended to be, a form of European visa or a replacement for the current Schengen Visa system. Although ETIAS approved passports may relegate any proposed European visa scheme to the scrapheap, the new system is intended primarily to beef up the interior and exterior security of Europe. Information sharing between Eurojust, Europol and the various U.S. security agencies will screen out those whose application details are questionable or people with a criminal history. Information gathered can, and will, be used to prevent individuals from entering Europe and also used for investigative and prosecutorial purposes.

Aviation and Other Threats

Also under discussion in Bucharest were the topics of recent threats to aviation and the illegal use of unmanned aircraft (drones) to breach security. Taking it further, the U.S. and EU delegates also explored the possible uses of ETIAS and ESTA database information in tackling possible biological, chemical, radiological and nuclear threats against both parties and worldwide.

With 5G network infrastructure now coming on stream, the EU and United States representatives recognise the possible threat to security and law and order from cyberspace. Internet security needs to be addressed urgently and the two sides have committed themselves to assessing and addressing any risks to international security that may arise. To this end, the European Union and U.S. officials are examining recent U.S. legislation and proposed changes to European law with a view to speeding up cross-border access to electronic evidence. A recent mandate by the Council of the European Union has authorised negotiations to facilitate legal and judicial cooperation between Europe and America in criminal matters.

Also on the Bucharest agenda was the subject of legal and illegal migration and border security. Two new instruments available to European authorities are the upgraded mandate of the EBCGA (European Border and Coast Guard Agency) and the soon to be implemented European Travel Information and Authorisation System. In tandem, these two instruments will tighten border security and help prevent human trafficking in the greater European area, combat cross-border illegal activities and aid in the war on terrorism.

No European Visa for Americans

The introduction of ETIAS in Europe raised fears that American citizens might require some of European visa for travel to Europe. Currently, U.S. visitors enjoy visa-free travel to the European Union member states although Europeans must meet ESTA requirements or require a visa for travel to America if ineligible for ESTA. Talks are ongoing towards a reciprocal visa-free travel agreement between the American and European governments but, as things stand, Americans can still enjoy their visa-free status for European travel.