ETIAS for travellers with multiple citizenships 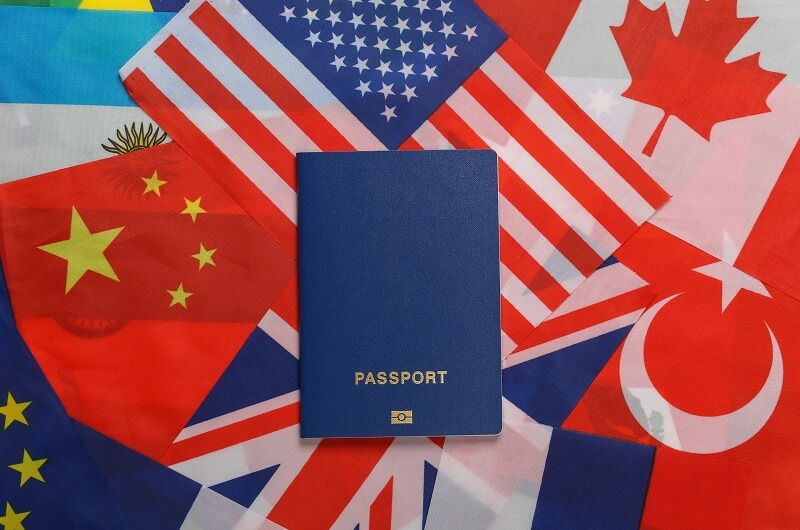 It is expected that the European Union's new traveller screening system ETIAS will commence in 2022 and become mandatory following a six-month transitional period which should be around mid-2023. ETIAS stands for European Travel Information and Authorisation System and the name pretty much describes its function. The application process will require an applicant to state which EU or Schengen country he or she intends to visit first as well as provide personal details including information regarding serious medical conditions and criminal or terrorism convictions.

Based on the information supplied authorisation to enter Europe will be granted or denied. This authorisation to travel is electronically linked to the applicant's passport and the holder is then free to enter and transit through those European countries that are part of the ETIAS area which includes all EU nations and those of the Schengen Area.

ETIAS approval will be mandatory for citizens of all countries outside of the EU and Schengen Area as these will now be deemed “third countries” and will no longer be able to avail of visa-free travel as is currently the situation. The list of third countries contains over sixty nations.

What are the advantages of dual citizenship when entering the EU?

Although the laws regarding dual citizenship are very different in some parts of the world the concept is well established and recognised throughout the European Union. For this reason, a person holding valid French and German passports may use either when travelling and no questions will be asked. This is a simple example but the same principle applies if one of the passports has been issued by a non-EU member state. The traveller can simply use the valid EU passport and travel through Europe as per his or her rights as a citizen of the European Union.

Do I need an ETIAS if I have multiple citizenships?

ETIAS approval will only be necessary for passports issued in countries outside the EU and Schengen Area. In order to enter Europe after 2023 it will be necessary to possess either a valid passport issued from a Schengen or EU country or an ETIAS approved passport.

Although the vast majority of ETIAS eligible travellers will only possess one passport, it is possible that the holders are entitled to a second passport from a different country for which ETIAS will not be required. This will depend on the nationality of parents (sometimes grandparents) and the rules of nationality of the country concerned.

Having dual citizenship can help avoid the necessity, expense and bother of applying for ETIAS but this may not always be avoidable.
In the simplest terms:

If a citizen of any third country is entitled to, and can acquire, a passport from any of the EU or Schengen states then he or she is entitled to use that passport for visiting Europe as such passports do not require ETIAS approval.

Do I need an ETIAS or Schengen Visa?

Depending on the passport held it may not be possible to apply for an ETIAS as some countries are not on the list of accepted ETIAS nations. There is a list of just over sixty countries whose citizens currently enjoy visa-free travel to Europe and are entitled to remain for a period of up to 90 days in any 180-day period. Starting in 2022, citizens of these same countries will need to be in possession of an ETIAS approved passport but will otherwise enjoy the same freedom of movement as at present.

Citizens of all other nations, outside of this list of countries and countries that are part of the EU or Schengen, will have to apply for a Schengen Visa before travelling to the greater European zone as the EU operates a three-category system for all European visitors:

Applying for and receiving a Schengen Visa involves attending a personal interview and providing various pieces of documentation. It can be a long and arduous (and expensive) process and getting ETIAS approval to travel is far simpler and quicker. For this reason alone, it is of benefit to take advantage of dual citizenship, if or when possible, and use a European passport when submitting an ETIAS application.

Once granted an ETIAS is valid for a period of three years and entitles the passport holder to enter and move freely through any and all of the EU and Schengen Area countries as these are all deemed to be a singular entity. Travellers should always be alert, however, to the likelihood that either the ETIAS or Schengen Visa may expire during the time of the European visit as the validity period of both is different.