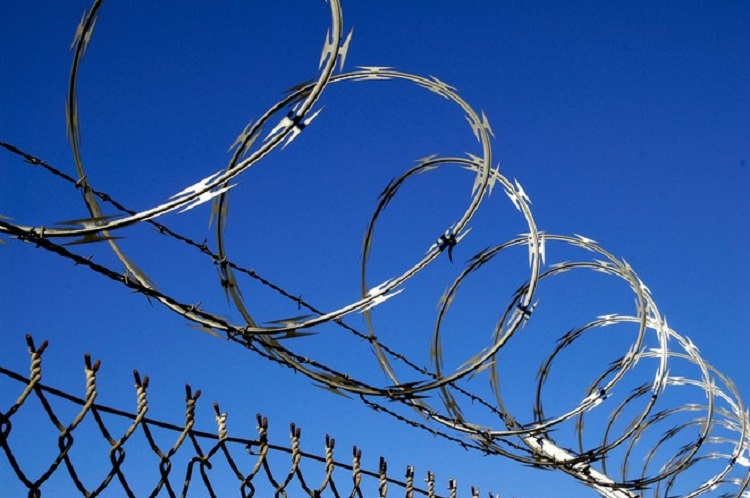 With terrorist attacks becoming a growing threat everyday, border security authorities in Europe are looking for the best possible technologies to ensure that their citizens stay safe. New technologies are being created all of the time on the borders throughout the world and the best tools will be used by the EU to support the ETIAS.  Here are some of the latest technologies that are currently being used by border securities all over the world to keep illegal immigration and terrorism at bay:

Security cameras seem like an old fashion way of keeping our borders safe, but in the past few years, they’ve received a bit of a makeover. Security cameras have now been designed to include thermal imaging. Standard thermal imaging cameras include 640X480 resolutions and are available with IP and analog connectivity. They can detect unnatural human and auto intrusion. Border Security often installs these camera in fixed, pan/tilt and dome configurations. These cameras are most often designed by FLIR and include a variety of resolutions and lens options to provide the optimum amount of security. These cameras can be set up for both digital and analog video outputs so that they can be used in point-to-point and networked security imaging systems.

FLIR System has created an entire thermal fence that border security can use to keep terrorist from passing through. The FLIR Thermal Fence is an intricate system of security cameras, video analytic software and other intrusion detection sensors. This security fence can be scaled up or down and customized to the design of the border using it. The thermal fence is also designed to provide the border with the most accurate intrusion detection and instant visual alarm assessments while ensuring that false alarms be kept to a minimum.

Elbit Systems has created Groundeye technology to help security and law enforcement agencies improve their responses to possible terrorist attacks and homeland security threats. The Groundeye allows a large numbers of users to gather real-time on-the-ground data and high resolution imagery on a wide area. The system will even provide operators with updates on events occurring simultaneously, but in different areas. Groundeye also has video recording capabilities for operators to access the threats around them at any time. The system will even create virtual safe zones that will make a fence around the perimeter of any secure area. The Groundeye has a programmable alert system that will notify operators when someone or something crosses in to the safe zone area.

The Groundeye includes mast-mounted tripods complete with sensors. The systems can be operated with a standalone system or an integrated Command & Control (C&C) Network. Groundeye systems upgrade the classic camera systems in to a new, highly advanced system. This technology has already been tested by security teams in Israel.

Video analysis is a major forensic resource that is used to both solve crimes and help stop terrorism. However, with videos becoming such a popular resource, the amount of data that has to be analyzed can be someone overwhelming. There is even a shortage of people to analyze this data. This is where Morpho Video Investigator comes in. Morpho Video Investigator helps video analysts at the border process video content quickly and efficiently. The technology also helps reveal the most important data in an easy-to-use interface. The system will sort through multiple volumes of raw data to find the most important data hidden within each video. Operators will no longer have to watch an entire video to get the important data that they need. The MVI operated on algorithms that detect movements. The MVI can recognize faces, bodies, any motions and even license plates.

The videos to be analyzed can be imported in to the computer. The MVI will then conduct meta-data extraction, movement detection, classification and tracking. Then, the most important videos are sent to the operator for his viewing and annotating. He can then search through national databases to link information and construct an automatic report.

This technology can process up to 500 hours of HD video in 10 hours saving border securities around the world a ton of time. Various video sources can be imported instead of using one video source. In some cases, border security can simultaneously work with other analysts. Terrorist threats can be discovered more quickly, protective measures can be deployed more efficiently and nations can work together against terrorism.

With the threat of terrorism looming over us more and more everyday, border security needs to have the best visualization planning possible available to them. These holographic visualizations plan 3D models of terrain and high security areas. The technology behind this is durable and portable so that soldiers can take the software in to the field for hands-on problem solving. The ZIHV has easy work flow integration so that multiple armed forces from around the world can use it all at one time.

Although not often publicized, thousands of holograms have been deployed to give soldiers a common operating picture. The images also create better battle-space awareness in order to give border security a better vantage port when trying to prevent or defend themselves against danger. Should danger actually strike, the holographs can be used to evacuate areas and help in recovery efforts. Military can also use it to make damage assessments and estimations.

The system even accounts for easy to use annotations. Annotations can be made in multiple languages so that language barriers can be overcome to reach a quicker safety solutions. Up to four images can be used in one holographic print so the area can be viewed from different directions. Border security can use this to create strategic tactics, different approaches to the site and before and after views in times of disaster.

Iris scanning biometrics is a new technology being used by border security. The iris scanner uses unique patterns in the colored circle of the eye to authenticate and verify a person’s identity. This method is fast and well known for its accuracy. The iris scanner only requires the user to look at the screen for 1-7 seconds and will cause no harm to the user’s eye whatsoever. It is believed to be much less intrusive than other border security methods. This method of border security is currently being tried out at the Otay Mesa border.The iris scanner is not only being used to keep the borders safe, but to also track the traffic coming in and out of the US from the Mexican border. It will largely be used to identify citizens of Mexico who come to the US and over stay their visa.

Automated Passport Control (APC) is a U.S. Customs and Border Protection  program that helps to speed up the entry process for U.S., Canadian and eligible travelers by providing an automated process through a Primary Inspection area. The process is fast and efficient while travelers use a self-service kiosks to scan their passports, answer related questions and submit biographic information.

The APC is a free service for travelers to use at the airport, it does not require any registration or membership. One of its best features is that it maintains a high level of protection when it comes to the handling of personal data and information. Instead of having individual men check passports, travelers that use the APC experience shorter wait times, less congestion at the border and faster processing. Travelers used to have to fill out a paper Customs Declaration forms, but now eligible users can simple proceed to APC kiosks areas. Once the travelers have completed the series of questions that the kiosks ask, a receipt will be given to them. The traveler then takes the passport and receipt to the CBP officer to finalize their inspection for entry in to the U.S. The kiosks will allow people who live at the same address to be processed together.

With the US-VISIT program, the Department of Homelamd Security (DHS) collects 10 fingerprints and digital photographs of most non-U.S. while they’re getting the U.S. visa and also while entering the U.S. It provides the biometrics information to federal, state and local government decision makers. Collecting this information helps immigration officers determine who is eligible to receive a visa and enter the U.S.

The goals of the US-VISIT is to increase the security of its citizens and visitors. It expedites legitimate travel and trade. The program holds together the integrity of the immigration system. The US-VISIT has been proven to safe guard the personal privacy of the visitors. The U.S. is one of the most visited countries in the world. This program is vital to ensuring that ideas are being exchanged, businesses are doing well and lives are being affected for the better. With extremely limited exceptions, the US-VISIT applies to all international visitors who come in and out of the country. Individuals under the Visa Waiver Program and permanent residents (green card holders) must also go through the US-VISIT program. This does not apply to U.S. citizens however.

Although borders around the world use different security technologies, all of them have the same goal of keeping their citizens as safe possible from terrorism and illegal entry in to any country or region. ETIAS border security technology may utilize a few of those described above, or similar equivalents. Any border technology implementation will consider the overall costs and efficiency gained by the ETIAS as a result of using the tools.