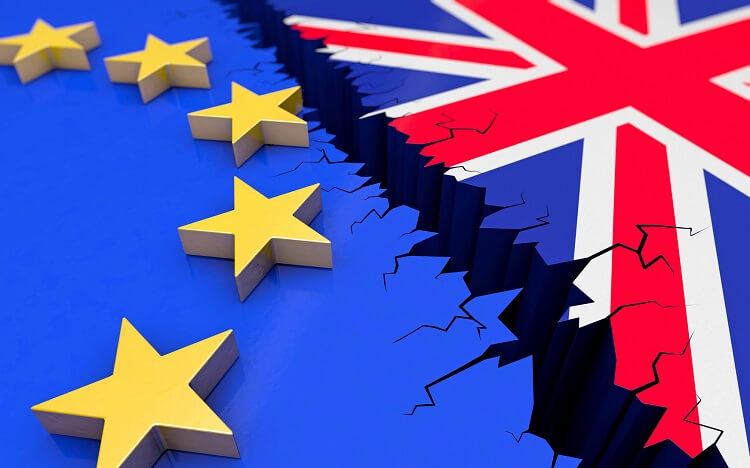 In November 2016, the European Commission proposed the implementation of the EU Travel and Information Authorisation System, or ETIAS. This announcement came a year and a half after the European Agenda on Security was adopted in April 2015, whose purpose is to combat terrorist and security threats in the EU. Accordingly, ETIAS will help manage EU border security more effectively by gathering information on travellers and visitors before they arrive in one of the member countries. The EU ETIAS is likely to take a few more years until it's implemented, but it's already gaining attention and causing debate in regards to its impact on international travellers, particularly in regards to Brexit.
ETIAS and Brexit

UK travellers only require a passport for EU travel at this time. However, once the plans for ETIAS was announced, questions arose as to what this would mean for UK travellers after Brexit. There are many details to be determined in the discussions between the EU and the UK, including the possibility of free movement. If this proposal is rejected it's assumed that British citizens will have to complete an ETIAS application like other countries and pay the application fee. In recent discussions, the European Commission indicated any surplus from ETIAS applications would go back to the EU budget. This would mean that, despite cutting ties and funding to the EU, UK citizens would indirectly be giving money to the EU through the applications. At this time, it's estimated the cost for UK ETIAS applications would be €5, or £4.40 based on current exchange rates. While it's not an overly large fee, UK citizens travel frequently to EU countries, so their total contributions would be significant if they have to pay the fee.

The reaction to the possibility of UK citizens paying into the EU budget after Brexit was met with some opposition as it goes against the purpose of the movement. While nothing is determined yet, many hope negotiations between the EU and UK will allow for an exemption for UK citizens from the ETIAS and its fees should free movement be denied. Should UK citizens need to complete an application and pay the fee, the EU runs the risk of losing tourism and business related travel. It may also cause anger in British government as paying into the EU budget goes against their intentions with Brexit. British citizens are also unhappy with this possibility as they are accustomed to travelling without the requirement of additional documents or paying a fee. Unhappiness runs particularly high with those who voted to stay with the EU because this would most likely not be a problem had Brexit been rejected. While ETIAS was not part of the Brexit discussions when the movement was voted upon by the UK back in June 2016, it certainly will be part of the discussions from this time.

In June 2017, the EU department of Migration, Home Affairs and Citizenship and the Security Union expressed the importance of implementing ETIAS as soon as possible. The Justice and Home Affairs Council and the European Parliament hope to reach an agreement before the end of 2017 on the implementation of ETIAS in order to have it operational by 2020. ETIAS news and its implications with Brexit will continue to be reported as negotiations commence and develop.
How ETIAS Will Work

The EU ETIAS programme is very similar to the U.S. Electronic System for Travel Authorization, or ESTA, which has been operating since 2009. The programme will require short-term travellers to complete online pre-screening applications before they travel to the EU which can indicate possible security threats. If a traveller is seen as a threat, their application will be denied and legal entry to the EU will not be possible. However, if the ETIAS application is successful, the traveller will be able to enter and travel throughout EU member countries. It's predicted the ETIAS application will be valid for two to five years and will require the payment of a relatively small fee for completion.

There are around 60 countries that can enter the EU and the Schengen area by showing a passport without needing a travel visa, including the UK, the US, Canada, and Australia. In the discussions of ETIAS, it has become obvious that a valid passport will not be enough for non-Schengen nationals to enter the Schengen Zone once this programme is implemented. These travellers will need to successfully apply for an ETIAS before their departure and, once inside, will be able to travel throughout Schengen and EU countries. Other countries that presently need visas to travel into the EU will most likely still need a visa and an ETIAS before entering the EU once this programme is operational.