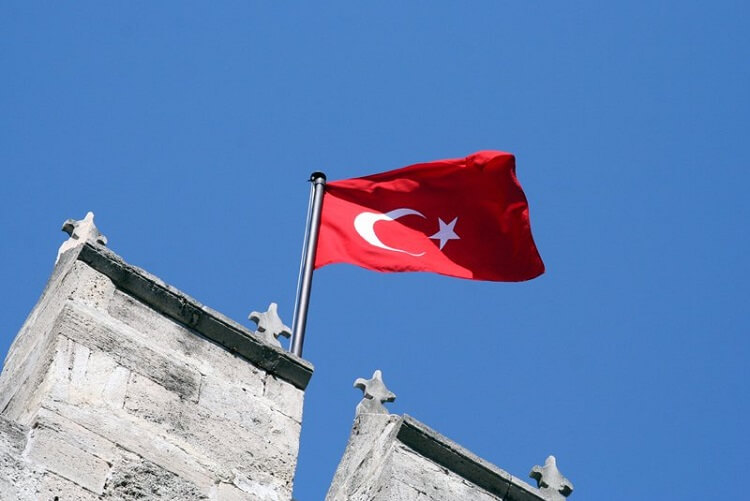 In a recent keynote speech to Western Balkans leaders, Turkish President Tayyip Erdogan addressed what he saw as the thorny issue of anti-immigrant populism in some member states of the European Union. In particular, according to reports from news agency Reuters (July 2019), short-sighted political and nationalistic sentiments were blocking the accession of aspirant countries into the European visa zone, he said.

Furthermore, Erdogan contended, the non-integration of West Balkan states was adversely affecting the stability of the area. The Turkish premier was speaking at a summit of twelve Balkans nations when, each in turn, leaders expressed their disappointment at the EU decision not to follow through on the promise of membership talks with Albania and North Macedonia.

Last month (June 2019), EC officials decided to delay a decision to initiate talks with the two aspiring countries, after opposition by some north European countries (more on this below). Consequently, the EC strategy, or absence of one, to counter a growing Chinese and Russian presence in the Balkans has come into question.

Near the Bosnian capital of Sarajevo, conference delegates listened as other speakers added to Erdogan's arguments, along with his criticism of the seeming reluctance of the EU to enlarge the bloc further. Voicing concern about division and discrimination spreading across the continent of Europe, the representatives of Western Balkan countries discussed how they thought the current situation was discouraging the relatively young nations' hopes of being able to realise their potential.

Unfortunately, as attendees will have been aware, the EU's enthusiasm for further expansion appears to be on the wane. Commentators have been pointing to its already complex levels of bureaucracy, sluggish decision-making processes and differing opinions, as evidenced by the recent protracted selection procedure and voting for the post of President of the European Parliament.

Speaking at the same conference, Montenegro President Milo Djukanovic called on Western Balkan leaders to agree a common, clear approach and to clarify its expectations from the EU. Commenting on the slowness of the application process for membership of the community and Schengen visa zone, Mr Djukanovic pointed out that to date, applicant countries had received only dissuading signals in reply. Moreover, Kosovan citizens still had to apply for European visas if they wished to travel, he added.

Notably, the European Commission gave the green light for visa liberalisation for Kosovo citizens in 2018, in line with the fulfilment of benchmarks. At the time, the Commissioner for Migration, Home Affairs and Citizenship called for Kosovo to continue fighting against internal corruption. The visa waiver proposal remains with the European Parliament and Council; if approved, Kosovo travellers with biometric passports ought to be able to travel to the Schengen Zone more easily, using the ETIAS system for up to ninety days in six months.

Concerned about Crime and Corruption

Significantly, an earlier Dutch initiative, supported by France and Denmark, is seeking extra measures and reforms to address alleged corruption and organised crime throughout the region. Previously, there had been suspicions of nefarious activities involving Albanian and Macedonian nationals.

Adding a further dimension to the discourse and highlighting its own, as yet still unapproved application for EU membership launched back in 2004, Turkey's premier blamed anti-Muslim prejudice for the impasse. In contrast, EU officials have repeatedly cited apparent disregard for civil liberties and evidence of human rights abuses under his premiership of the country.

Nearby, as its neighbours will be well aware, Montenegro has had the status of an EU candidate country since 2010. Tensions with Bosnia linger from the ethnic conflicts, difficulties and genocide of the 1990s. Recently, President Erdogan oversaw a reburial ceremony of exhumed human remains, held to coincide with the anniversary of a massacre of Muslims by Bosnian Serb forces.

As the European Council on Foreign Relations (ECFR, an award-winning international think-tank with seven offices throughout Europe) puts it, hugging Turkey close would keep it out of a Russian embrace. Furthermore, it considers that the Turkish objective of warm relations with the Balkans could well complement Europe’s agenda for transformation. Notably, the Balkans region has emotional significance for Turks, regardless of sitting national governments. Largely, the Ottoman Empire was a Balkans empire, not merely in territorial terms but also its bureaucracy and ruling cadres. Estimates of the number of Turkish citizens with family backgrounds in the Balkans tend to vary considerably.

Finally, according to the ECFR, Turkey probably senses opportunity in the region, though it wants the Western Balkans inside the EU and NATO. The council also notes that these days, Erdogan has personalised his diplomacy and moved towards a more pragmatic approach. It argues that Europeans should, therefore, focus on shared goals instead of questioning Ankara’s motives.