Are minors required to apply for ETIAS? 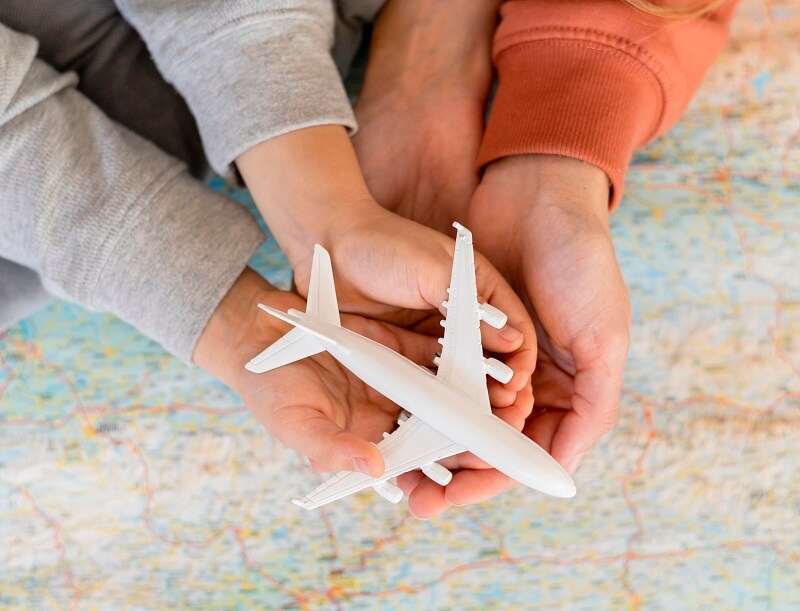 The European Travel Information and Authorisation System (ETIAS) has been a work in progress since 2016 and was originally scheduled to come into effect in early 2021. However, due to technical issues the planned starting date has been pushed back to 2022 and even then it will not become mandatory until 2023. Once up and running it will be necessary for citizens of any country outside the European Union and Schengen Area to have not just a valid passport but also valid ETIAS approval before entering any of the Schengen or EU member states. This new travel requirement will not apply to just to adult travellers but also to minors under the age of eighteen.

All countries that are not members of the European Union are classified as “third countries” and citizens of these “third countries” will require an ETIAS approved passport before entering the EU after ETIAS launches in 2022. This EU regulation applies to all citizens which includes children and minors, under the age of 18. The applicable regulation defines a minor as a “third country national or stateless person under the age of eighteen” and expressly states that this group of people are not exempt from the ETIAS requirement.

As the title suggests, the European Travel Information and Authorisation System is designed to furnish European authorities with travel information regarding who exactly is intending to visit their country as well as provide personal background details about the visitor. During the application process it is necessary to supply personal information which the relevant authorisation panel will consider before granting or refusing ETIAS approval.

ETIAS is not a physical visa but an electronic seal of approval for European travel that is digitally linked to a passport. When scanned a passport will return a positive or negative response. A positive signal indicates that the passport holder has been screened and deemed “suitable” or “safe” to enter the greater European area. A negative response to a scanned passport will result in a refusal to travel be it by air, land or sea.

The overriding concept behind the introduction of ETIAS is one of security. Millions of tourists and business people visit European Union and Schengen countries every year and many of these currently enjoy visa-exempt status. This means that almost anyone with a valid passport can enter Europe virtually unchallenged and this is a security nightmare especially in light of recent terrorist attacks throughout Europe.

Just as America, Canada, South Africa, Australia and others have their own electronic screening of intending visitors the same type of system was deemed suitable for the combined EU and Schengen countries. The alternative would have been a messy, impractical and unworkable European Visa system operated by each country with little or no cross-checking between each nation's security authorities. With ETIAS all applications are cross-checked against numerous European police and security databases which, it is hoped, will virtually eliminate the possibility of known or suspected serious criminals or terrorists gaining entry to Europe.

Millions of people enter and travel through the EU and Schengen countries every year and children represent a significant percentage of the number. Although children are not considered a security threat, they can be (and are) used by unscrupulous individuals for various illegal purposes.

As the main purpose of ETIAS is to prevent, or at least severely restrict, the possibility of criminal or terrorist activity throughout Europe it would be a security lapse to allow minors to enter and travel freely within the EU and Schengen countries without being first screened.

Other valid reasons for including children and minors is to try and prevent illegal immigration and to combat the rising problem of human trafficking and the use of children in the sex trade.
Because the application process for a minor is linked directly to that of a parent or legal guardian it makes it easier for the ETIAS authorities to make a judgement on whether the ETIAS should be granted or not based on the background checks of the responsible adult.

Making ETIAS approval mandatory for all third-country visitors is a necessary part of the European security measures and also helps prevent the misuse of children and minors.

Just as with a standard application for a passport or visa, an ETIAS application form for a minor will ask for basic information such as name, address, date and place of birth, gender, phone number, etc as well as the minor's passport details. Application forms must be filled out online by a parent or legal guardian and acceptance or refusal is usually returned within minutes unless problems arise. These can be as simple as incorrect details submitted so attention must be maintained while completing the form to avoid such issues.

Refusals are expected to be rare and unlikely but can happen and most likely because of an issue with the information stored in relation to the parent or guardian. All refusals can be appealed immediately but resolving the issue can take time so it is best to apply for and secure ETIAS approval well in advance of any planned trip to Europe. Once approved the ETIAS is electronically linked to the relevant passport.
It should be noted that only a parent or legal guardian of the child may complete and submit the ETIAS application form. Older family members are not allowed to do so unless legally designated as permanent or temporary guardians.

ETIAS regulations state that should a check on the responsible adult return any red flags it is unlikely that the minor will receive ETIAS approval.

Validity and Use of ETIAS

As with adults, ETIAS authorisation is valid for three years from the initial date of approval or until the linked passport expires. During this period it is permitted to travel to and between European countries multiple times. As is applicable to citizens of the European Union, ETIAS approval also entitles the holder to remain within the Schengen Zone for a maximum of 90 days in any 180 day period.
Because the Schengen Zone has no internal borders between the participating 26 countries it is possible to travel freely throughout the region without being checked although it is advisable for minors to always carry the ETIAS approved passport when transiting from one country to another as spot checks by border police are always a possibility.

Minors from “third countries” will require the correct documentation when travelling in Europe from 2022. A valid passport with the necessary ETIAS approval electronically attached will be essential but it may not be sufficient in every European or Schengen country.
Minors or children travelling alone or with someone other than the designated parent or guardian may also require official documentation (a letter of consent) signed by the legal parent or guardian granting permission to travel. This is not a Europe wide requirement but may apply in some specific instances.

In the case of separated or divorced parents, a letter of consent to travel stating that both parents agree to the minor's travel arrangements may be necessary.

A consent to travel letter is the most important piece of additional documentation as it covers a number of common situations:

The following documents, while not strictly necessary, can be helpful while abroad should any issues arise regarding the relationship between a minor and an accompanying adult:

Despite the United Kingdom's recent exit from the EU and new designation as a “third country” there is no immediate impact on European travel. As before Brexit, all that British passport holders need for European travel is a valid passport with no requirement for a Schengen Visa or any other form of European visa.

From 2022 all other third-country passports will have to have linked ETIAS approval for travel and this will be mandatory for every eligible passport holder before travel can even commence as passports will be screened at the point of departure as well as upon arrival in the EU or Schengen area.