Applying for ETIAS with a Criminal Record 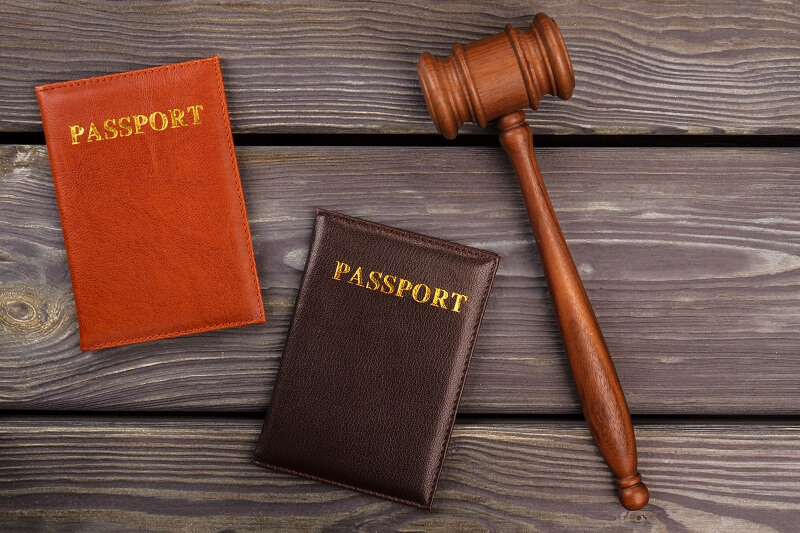 After several delays the new European Travel Information and Authorisation System (ETIAS) now looks set to be launched in 2022 with full implementation by mid-2023. ETIAS is not a European Visa but an approval to travel to and within Europe which is electronically linked to a passport. Without an ETIAS approved passport it will be impossible for “third country nationals” (citizens of countries which are neither members of the European Union nor the Schengen Area) to enter the European arena as such approval will become mandatory in the near future.

Can a traveller with a criminal record apply for ETIAS?

The short answer is yes. However, depending on the severity of the crimes involved (and the accompanying sentences) a criminal record may considerably reduce an applicant's chances of securing an ETIAS or even lead to refusal. Third country nationals, such as U.S. and UK passport holders, will require ETIAS approval before venturing into Europe after 2022 and this approval must be secured either online or via a dedicated mobile app. The process involves filling out a detailed questionnaire and supplying basic information concerning the applicant's name, address, date of birth, gender, nationality etc. But an ETIAS application form also requires details concerning a person's current state of health, existing medical conditions and previous criminal record or convictions.

ETIAS, while still strict, aims to be fairer to applicants who have fallen foul of the law. Depending on the seriousness of the crime committed, and the amount of time elapsed since conviction, it is possible for applicants to acquire an ETIAS although there may be extra steps that need to be taken and more procedures to go through.

The United States and Canada operate their own electronic systems of pre-approval for visitors entering their respective countries. Both Canada's eTA (Electronic Travel Authorization) and America's ESTA (Electronic System for Travel Authorization) have extremely strict policies regarding an applicant's criminal history. Convictions for serious crimes will almost certainly result in refusal and even convictions for minor criminal offences as long as fifty years previous to the application can pose serious problems.

Although the introduction of ETIAS is rapidly approaching the application process is still being fine tuned. The online application form will require basic details including name, address, age, gender etc. but will then delve into more personal information regarding an applicant's health status and any criminal history. It has not yet been finalised as to how in-depth the application form will be but it will certainly involve past convictions, fines for more serious offences and any period (or periods) of time spent in prison. Because ETIAS is designed to strengthen security across Europe the application form will target not just criminal activity but also possible links to terrorism. Therefore details regarding an applicant's travel to areas of war or conflict and involvement with terrorist groups or activity will also be sought.

ETIAS approval not a guarantee

It should be noted that different European countries have different rules regarding who is and is not allowed to enter their territory. Even if an applicant with a criminal record has successfully applied for and received ETIAS approval this does not guarantee automatic entry to all European Union or Schengen Area countries. Even with an ETIAS approved passport it may be difficult to travel to and within Europe if the passport holder has spent more than three years in prison.
Individual countries also operate their own system of assessment which may result in a refusal of entry. Germany, for example, reserves the right to refuse entry to, or deport, any visitor who has:

Generally speaking, visitors to Europe with the necessary ETIAS approval will not be questioned about minor offences by border officials but it can happen and it is always best to answer such questions honestly as any information supplied can be quickly checked against the ETIAS security database.

In order to thoroughly check an applicant's criminal history the European Commission approved the creation of the European Criminal Records Information System (ECRIS) in April 2019. The aim of this system is to store all information pertaining to third country nationals convicted of a crime and allow for the speedy exchange of this information between all European Union and Schengen Area member states. It is envisaged that ECRIS will greatly aid in the ongoing fight against both crime and terrorism as the system will incorporate several new and improved features including:

Other benefits of ECRIS are spotting possible identity theft and to check and clear a person wishing to work with minors or applying for a firearms licence.

At present, ETIAS applications are not checked against ECRIS unless an applicant admits to a criminal record on the application form. However, the EU Commission is currently considering changing this and allowing all applications, particularly those that raise some suspicion, to be checked through ECRIS.

The security section of the online ETIAS application form has not, as yet, been completely finalised and it is possible more details regarding past criminal or terrorist activity may be added. Criminal activity questions will pertain to the preceding ten years while any terrorism-related offences will cover the last twenty. As things stand this is the information that will be required in relation to criminal convictions:

Any terrorism-related convictions in the preceding twenty years will also need to be described including details of the offence, the county in which the offence occurred and length of the applied sentence. The security background check will also ask for details of any previous deportation order or expulsion from any of the EU or Schengen Area member countries. Should any of the security background questions be answered in the affirmative the applicant will then be presented with a further set of questions which must be answered honestly and in full. Providing false, misleading or incomplete answers will likely lead to an instant refusal.

The EU Commission has stated its intention that only those applicants with convictions for serious crime or terrorism will be refused an ETIAS. Once granted, the holder of the ETIAS approved passport is entitled to enter and travel through the EU and Schengen states with little, if any, border checks. This does not mean, however, that access to any particularly country is automatically guaranteed as border checks are always a possibility even for citizens of a European Union member state.

In most cases, a country is more concerned about the threat of terrorism or crimes committed within its own borders and a minor criminal conviction that occurred sometime in the past is of little concern or interest to the security forces. While the vast majority of third country nationals with an ETIAS approved passport and a criminal record will be allowed to pass the border check it may not always be the case as the decision to grant or refuse entry rests ultimately with the border security personnel.